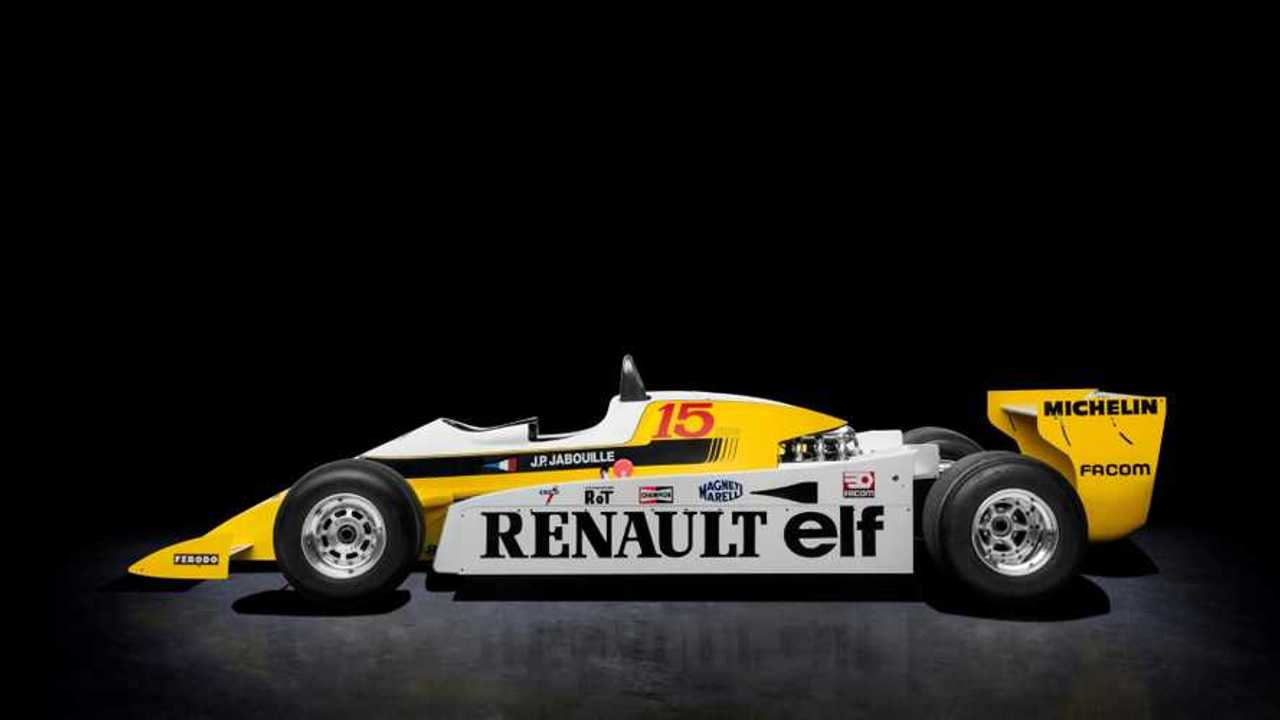 The crucible of motorsport is a never-ending arms race between teams to develop technology to gain an advantage. This is a huge draw for road car manufacturers to get involved as this fast paced innovation can be applied to its road cars. Renault did exactly that with the turbocharged engines it developed for Formula 1. At Rétromobile in France, it will be celebrating the 40th anniversary of the first turbocharged F1 victory, and its contribution to road cars.

The turbo-dedicated display at Rétromobile 2019 includes several iconic boosted French cars. A central fixture is the 1979 Renault F1 RS 10 - the first ever turbocharged winner of a world championship F1 race. This car aptly won the French Grand Prix and in doing so, highlighted the advantages of turbocharging to the rest of the grid. It sparked a paradigm shift that lead to the explosive 1000-horsepower F1 cars  of the 1980s.

Renault’s first turbocharged F1 entry was actually the '77 RS01 with its 1.5-liter V6 engine. While it proved unreliable, and its '78 successor not much better, the rapid development of turbos meant that by Renault’s third turbocharged season it had a winning formula.

One of Renault’s first road cars to benefit from forced induction was the everyman 18 Turbo. Its engine produced power more efficiently thanks to lessons learned from the racer, although the road car obviously lacked the four figure output of the F1 car.

In 1980 one of the most iconic turbocharged road cars was born in the form of the Renault 5 Turbo. This high-performance hot hatch featured a mid-mounted 1.4L turbo and was designed with Group 4 rallying in mind. Alpine also got its hands on this car and produced the Renault 5 Alpine Turbo, a car that will also be in attendance.

These historic Renaults will be on display from February 6-10 at Rétromobile.