This Crazy Alpine A110 Might Be The Ultimate Hillclimb Car 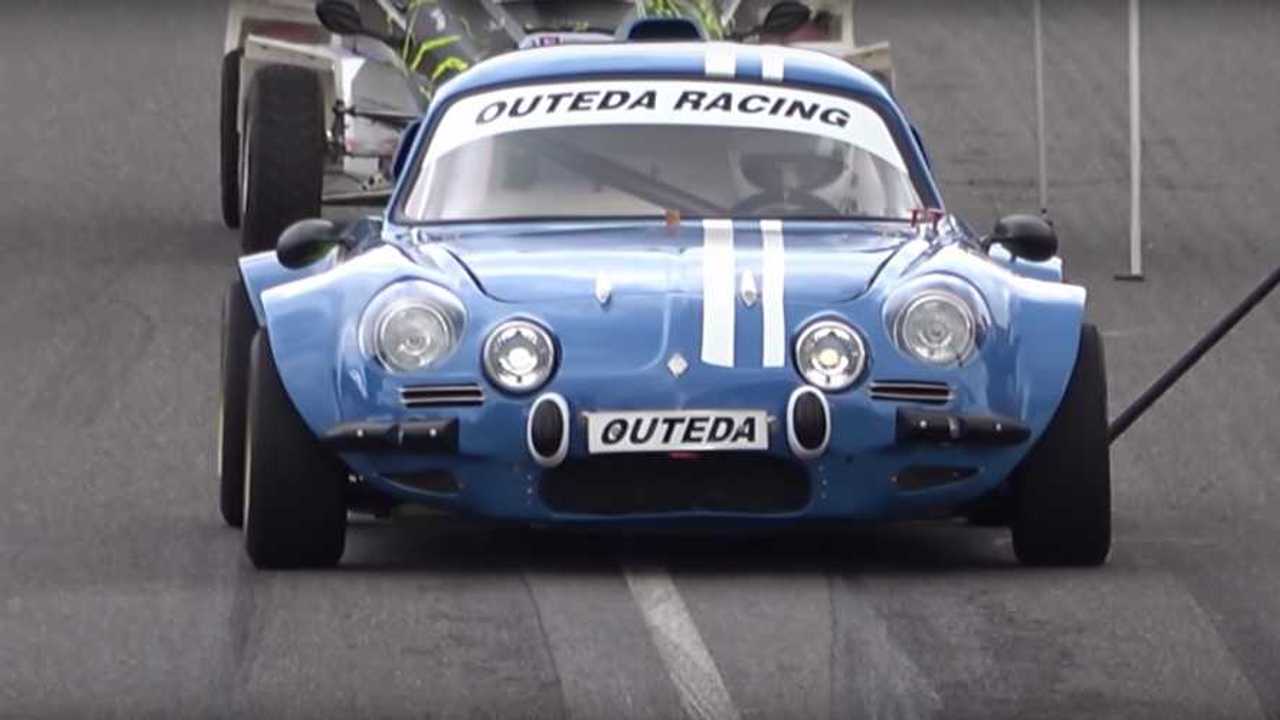 This classic Alpine A110 revs to 11,000rpm thanks to a Kawasaki motorbike engine

Hillclimb events are a true test of a car’s agility and outright acceleration. These fast and furious motorsport meetings attract some fascinating cars that each attempt to ascend the course in the fastest time possible. This feisty little Alpine A110 was a seriously quick contender at this Spanish race, leaping from bend to bend like a startled gazelle. However, petrolheads with a keen ear will notice that there’s something very different about the noises this French sports car is making.

Revving to an excessive 11,000rpm, this Alpine is powered by a Japanese Kawasaki ZX12-R motorbike engine that’s mounted in the middle of the car. While its 200hp output might not sound all that impressive, the sports car tips the scales at a featherweight 600kg. That gives it a power-to-weight ratio of 333hp per tonne — about the same as the latest Audi R8 supercar.

Built by Spanish team Outeda Racing, this space frame design is based on a classic Alpine A110 that has been heavily modified for frantic hillclimbs against the clock. The front and rear track has been substantially widened in order to fit larger tyres and increase the car’s footprint on the road. This added grip is what enables this Alpine’s incredibly quick change in direction.

A110s are no stranger to motorsport, with Alpine having won the first World Rally Championship title in 1973. The model’s history begins in '61 as a lightweight sports car that used many Renault components. This design evolved over the years and proved to be competitive in various disciplines of motorsport, so much so that Renault ultimately bought Alpine ready for the '73 WRC season. Modern-day Alpine prefers circuit racing over rallying, but privately owned classics are regularly seen at historic rally events.

This Alpine A110 is far from original, but it is quite something to spectate.