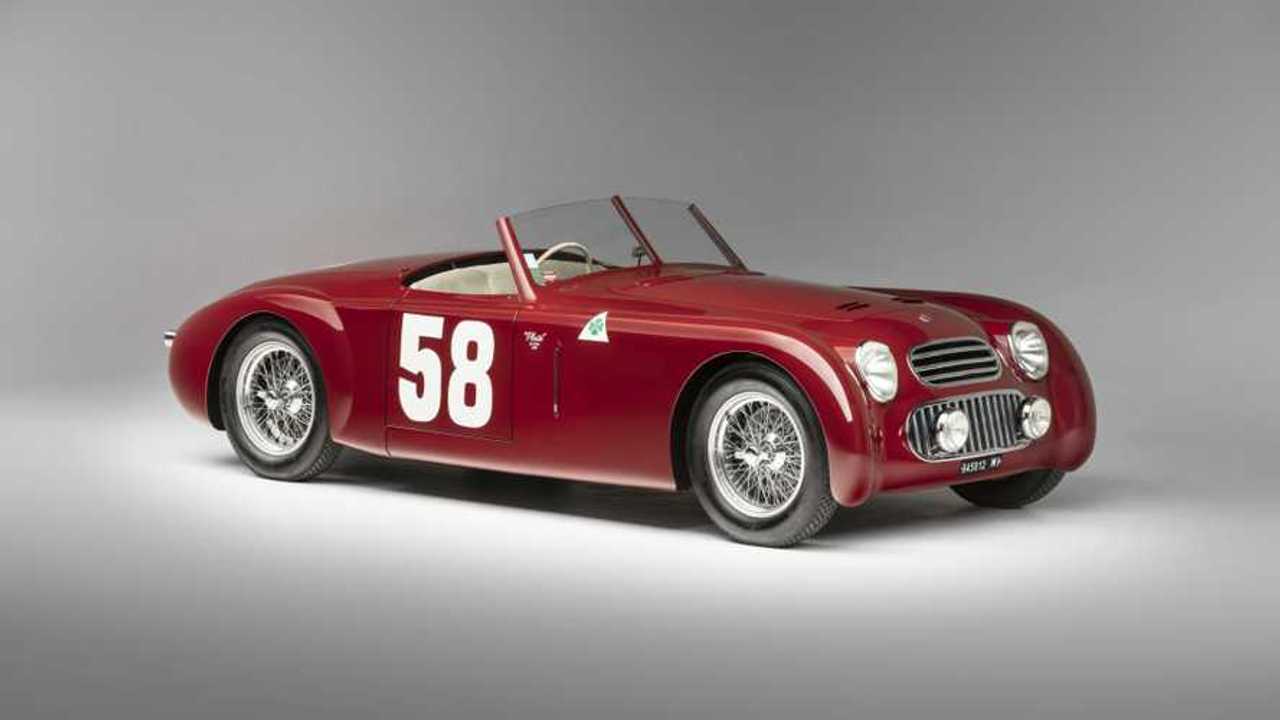 The collector car market can be a cruel and unforgiving mistress at times with values fluctuating, but on other occasions savvy investors have made substantial money from its good fortunes. This 1949 Alfa Romeo 6C 2300 Platé Spéciale is a good example of buying the right car at the right time, as its current estimate is over $150,000 more than what it sold for three years ago.

Based on an Alfa Romeo 6C 2300 Gran Turismo, the Platé Spéciale was created by enthusiast and racing driver, Luigi Platé. Estimated to have competed in around 400 races in his home nation of Italy, Platé had driven a huge number of cars over the years. His wealth of experience lead him to start his own racing team and begin modifying cars with his own innovations.

This Alfa Romeo was built by Luigi between 1948 and 1949 and retained the original engine from the 2300 Gran Turismo. He built his own tubular chassis for the car and decided to use the tubes themselves to feed oil from the reservoir to various components. Hydraulic brakes of Platé’s own design and semi-independent suspension all aimed to give this Alfa Romeo a competitive edge. Granted its certificate of origin shows September 16, 1948, documentation shows that it was sold to Luigi Platé himself on 28 March 1949.

Driven by Paolo Soprani in the Susa-Moncenisio race on 22 July 1951, the car would later be sold to Nicholas Piccione who resided in Brookline, USA in 1959. In October of that year the car was shipped from Italy to America with the shipping description ‘Alfa Romeo Platé 2500, chassis 002, engine 700174, weight 1170 kg (2579lb), value.’ The paper trail continues in 1984 when it was purchased by Alfa Romeo enthusiast John Murphy.

Murphy completed an extensive history file on the car while a complete restoration of the vintage Alfa was underway. Sadly, the aluminium body of the racer was too fragile to restore, and so a replica was created of which it wears now, although the original body does still survive. Laidlaw Restorations and Symbolic Motor Cars of California completed the restoration works. In 2011 it entered the Pebble Beach Concours d’Elegance where it won the ‘Green Ribbon’. This prize was in addition to winning its class at the Jolla Concours in 2004. The car is being auctioned along with its complete four volume history file.