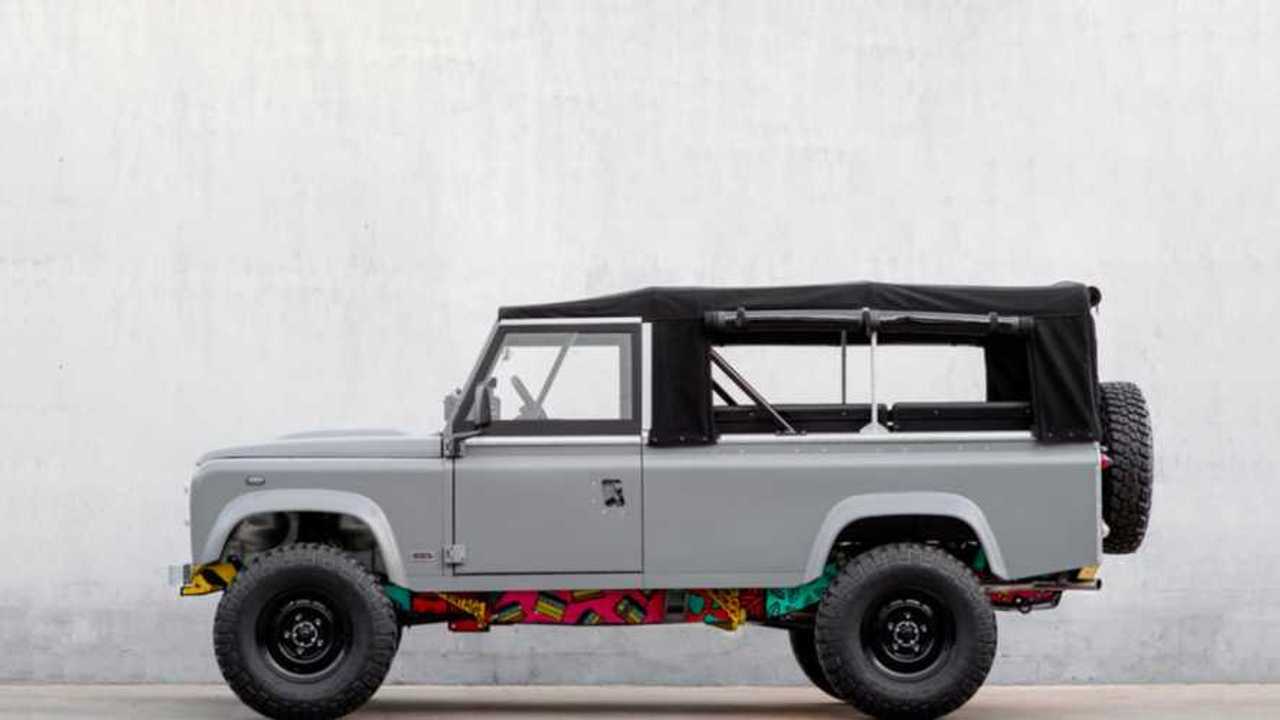 This 1983 Land Rover 110 is different to most. Besides running with fettled V8 power and boasting all the mod-cons, the 4x4 has a painted chassis – for a rather unusual reason...

Without getting our inner-art geek fired up, rolling automotive art is the coolest thing on the planet. Especially when based on something über-empyreal and dripping with character – such as this 1983 Land Rover 110.

The British four-wheel drive icon proved popular with farmers, the armed forces and those who appreciated Land Rover’s blend of classless panache and all-terrain practicality. Dominating the market and boasting 68 year of assembly, the world wept as the quintessential shape wrapped production on January 28, 2016.

Portuguese Land Rover specialist CoolnVintage understood the Landy’s appeal when setting about their latest project, with help from artist Vasco Costa. Following in the footsteps of Keith Haring’s painted 1971 Land Rover Series III – shown at the Petersen Automotive Museum in Los Angeles back in 2016 – the team hunted down an early Land Rover 110.

Gallery: This 1983 Land Rover V8 has a painted chassis for a very special reason

What they sourced happened to be one of the very first 110s off the Solihull production line in Birmingham, England. This would have been special enough for enthusiasts to celebrate, but Costa hadn’t started to weave his vision yet.

The Lisbon-based artist then hand-painted the chassis to produce an altogether unique take on restoration. Any rational mind would question the efforts involved in decorating a section of the Land Rover where nobody can see it, but there was method to the madness.

The answer rests in the company background. Ricardo and Costa boast a lifelong passion for Land Rovers, the arts and Lisbon itself; their home town and the location of CoolnVintage’s custom restoration shop.

Working alongside Ricardo of CoolnVintage, Costa followed the restoration firm’s mantra of ‘form follows function’. Unlike museum pieces or a once-and-done race car, every CoolNVintage Land Rover is rebuilt and modified to be driven. They wanted this artful Landy to retain its drivability and function – but with added flare.

‘Every square centimeter of that painted chassis that cannot be seen is about Lisbon. It is the soul of the machine,’ Ricardo explains on the company website.

‘Then again, the one fortunate owner of this vehicle will always have the opportunity to put it up on a lift or crawl underneath it to reveal the artistry of the artist and engineers who brought this car back to life – and share it with whomever he or she wishes.’

For those uninterested in art, experiencing the 4x4 should prove tantalizing enough. The original drivetrain appears to have been disposed of, with an upgraded V8 under the hood. Fox suspension, air conditioning, a wireless Marshall sound system, custom Connolly leather interior, and high-quality mohair soft top have also been installed.

‘At the start of this project, some people said “this is a stupid idea”, Which only cemented our resolve to do it. We call that mindset – the ability to hear one’s own inner voice and one acting in consonance with it – live the signal, lose the noise.’