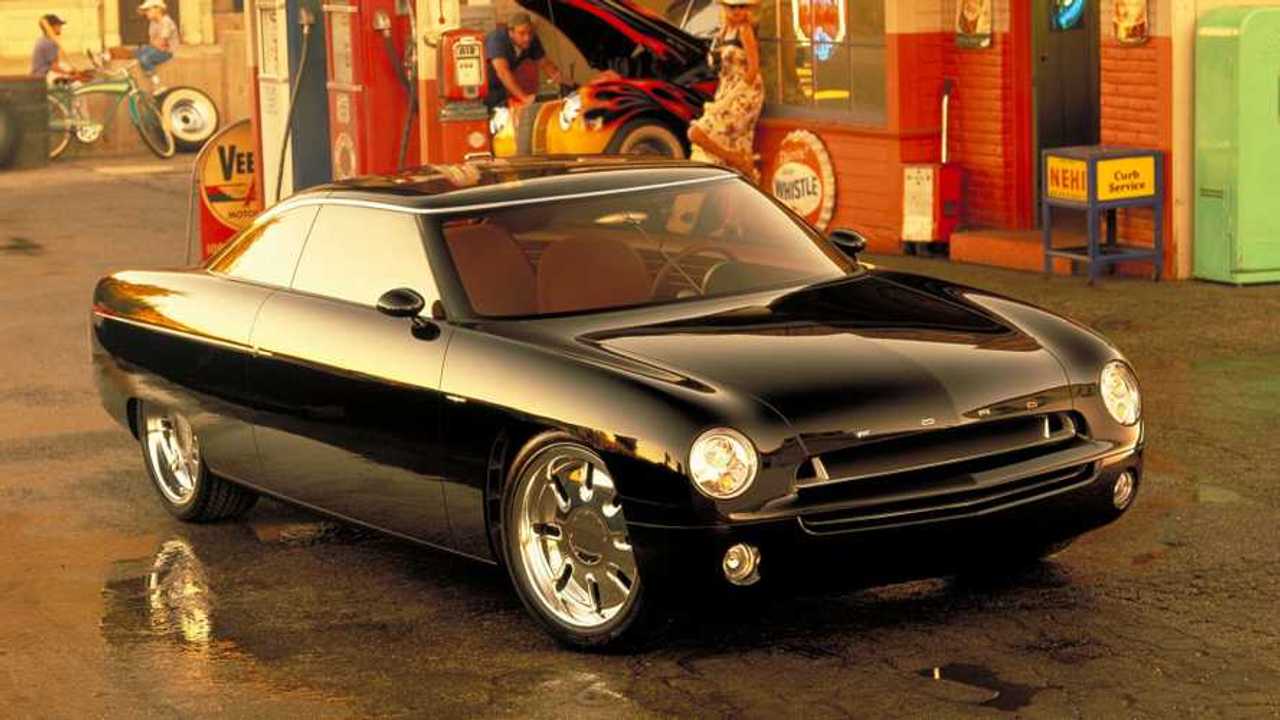 A retro-modern take on an icon, the stunning coupe never came to fruition

Why We Remember It Now:
With Ford planning to kill off most of its passenger cars in the United States, we figured it would be the right time to relive the glory days of the traditional car when crossovers and SUVs didn’t rule the automotive world.

Paying tribute to a legend is never easy, but the Blue Oval found a way to evoke the spirit of the 1949 Ford with a namesake concept for the Detroit Auto Show some 18 years ago. More than just a simple modern interpretation of the original, the retro-futuristic coupe finished in velvet black was designed with a massive glass roof extending from front to rear. To keep the design as clean as possible, slim taillights and hidden door handles ensured the pure look of the body.

Ford decided to do without the bullet nose of the 1949 and hid the windshield wipers to achieve a smooth appearance that we’re still quite fond of even after almost two decades. The Forty-Nine sat on polished 20-inch wheels complemented by discreet chrome accents for the bodywork.

The minimalist interior also hearkened back to the era of hot rods and was designed with a floating console, which not only looked good, but actually served a second purpose by boosting the car’s rigidity. Four bucket seats clad in two-tone leather were added for a retro effect, while the one-piece instrument cluster was also a nod to the concept’s source of inspiration.

Motivation came from the Thunderbird’s 3.9-liter V8 engine (of Jaguar origins) as pointed out on the side fender badge. A sight to behold, the engine bay was exquisitely finished in satin black with stainless and chrome accents, and to this day, it remains one of the most beautiful engine bays we've ever seen.

The coupe remained purely a concept car, but it was followed by a convertible (static display vehicle) that was auctioned earlier this month for just $51,700 during Mecum Auctions’ Kissimme sale.