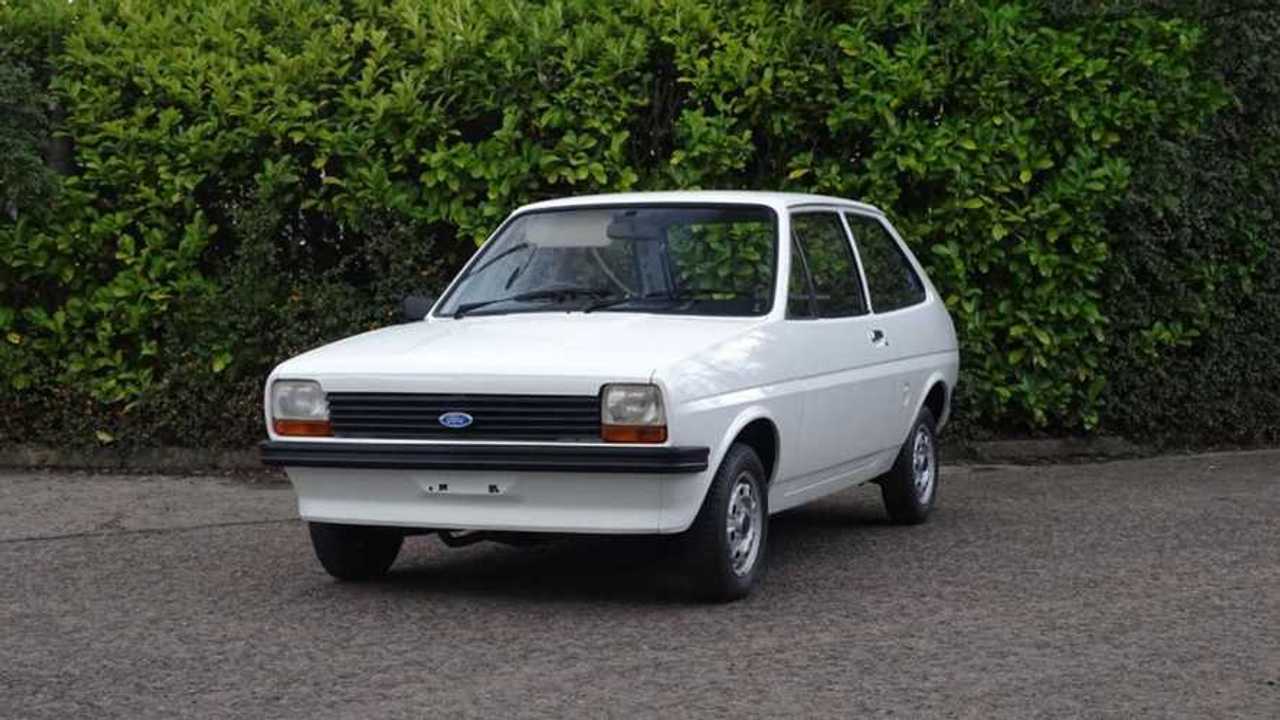 Sat in London's Science Musuem for most of its life, this 1978 Ford Fiesta MkI was never registered. A brand new, delivery miles car for £6500? Bargain!

Wait, what? Only delivery mileage, after 41 years?

It's not the most glamorous collector car in the world, but this pure white MkI Fiesta 950 is unlikely to be rivalled for its quality, condition and level of preservation. Formerly a tenant of The Science Museum in London, it's now looking for a new home and a fresh start to life, currently on sale with H&H Auctions.

An often under-appreciated workhorse for the masses, the Ford Fiesta got Britain moving and, across its seven generations, transformed the blue oval's European division into a behemoth on the 'other' side of the Atlantic.

Sir Alec Issigonis had popularised the compact front-wheel-drive on British shores and the Fiesta MkI took his Mini's innovations to the next level. Servicing was simple, affordable, and best of all, they were built in Blighty.

No wonder then that the Science Museum kept this one for 37 years as an example of British engineering at its best. It featured in the Glimpses of Medical History gallery within the museum until 2015, part of a demonstration of assistive technology for the elderly and disabled.

This one, gleaming in bright white, was saved by the ingenuity of one of the men working on site when the gallery in question was closed fo refurbishment.

Instead of simply erasing the ageing Fiesta from the face of the earth by cutting it up, Darren Wisdom built a custom jig to pivot the car on its side, allowing it to pass to floors below and exit safely, in one piece – albeit with its drivetrain and interior removed beforehand.

A mechanical recommissioning followed and, 40 years on from its conception, the MkI Fiesta 950 passed its first ever MOT with flying colours. Wisdom's refurb has been given a seal of approval from Ford GT Historic Register's Paul Kingham, who is more than satisfied this 141-mile car is the real deal.

"I can confirm that all key aspects of the vehicle are authentic and original including chassis, suspension, steering, transmission, matching original engine and even its paintwork," states Kingham.

"This vehicle has never previously been UK registered due to it being displayed / stored at the Museum since 1980 when they received delivery from the manufacturer's showroom and is still in remarkably pristine 'as new' condition with effectively just its original delivery mileage recorded."

And that's the twist in the tail. It's still an effectively a brand new car, time-warping forward by four decades and awaiting registration with DVLA to drive on the road. It should be possible to register it with the DVLA as a brand new car with a new, period-correct registration.

With a sale estimate between £6500 and £8500, this MkI Fiesta 950 is also much cheaper than a brand new seventh-generation Fiesta.

It might not have an eight-inch touchscreen, park assist or cruise control but, a brand new, ready-to-roll car for that kind of money is a snip. Even if it has come straight form the 1970s.