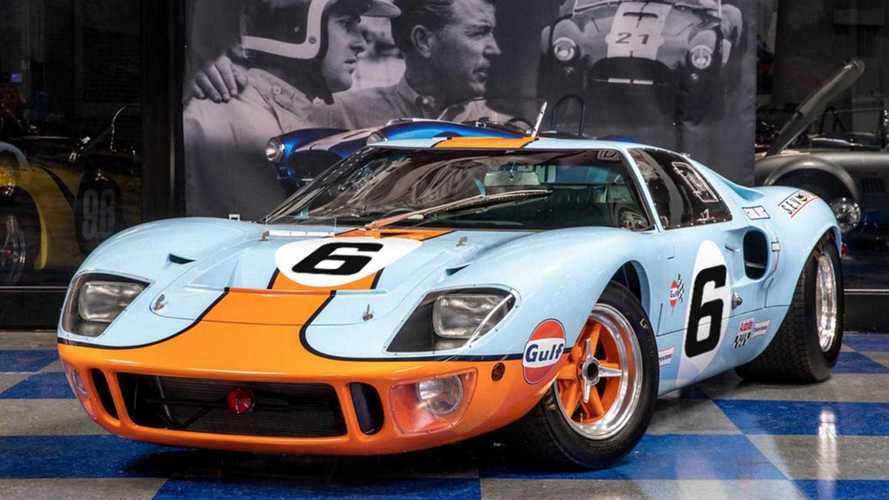 Superformance will launch a limited edition tribute to the 1969 Le Mans 24 Hours-winning GT40, chassis P1075, each sporting P1000 continuation numbers. This special edition GT40 will feature the same chassis design as the P1075’s 1969 Le Mans victory car, and only 50 will produced during this extremely limited run.

P1075 is one of the most successful sportscar chassis of all time, winning both the 1968 and '69 editions of the Le Mans 24 Hours in the hands of John Wyer's privateer outfit, with Pedro Rodriguez & Lucien Bianchi winning in the former year and Jacky Ickx & Jackie Oliver in the latter.

Though its first win was a comfortable one in the end, its '69 win is amongst the most memorable in Le Mans history, with Ickx dicing for victory with Hans Herrmann's factory Porsche 908 until the very last lap of the race.

Superformance has joined forces with Gulf Oil and Safir GT40 to celebrate the race-dominating GT40 of the late 1960, its MkI 50th anniversary edition rolling on an exact replica of the first one. The original monococque unibody structure is replicated and constructed thanks to the help of laser-cut or bent and pressed parts to make it stiffer than any other chassis on the market.

To make it just as comfortable on the street as it is on the track, Superformance has added some modern upgrades, like an adjustable pedal box, Wilwood disc brakes, and H&R springs with Bilstein dampers take duty for the suspension set-up.

Unique to the 50th anniversary GT40 MkI, Superformance is offering the car with what they are calling a “Tool Room Reconfiguration” pack “that mechanically replicates how these winning cars were raced and can be homologated for sanctioned historic racing.” This option will include Lexan windows, racing tanks, and livery graphics. An unusual inclusion in this package is a VIN-matched GT40 victory series guitar.

One thing the car won’t come with is the engine and transmission, but Superformance recommends either the Ford-based 289, 302, or 351W small block engines, and backing any of these engines with a RBT/ZF style five-speed transaxle.

Before engine and transmission purchase and installation, this special edition will cost $179,995 for the standard car, and $209,900 for the GT40 plus the Tool Room Reconfiguration.