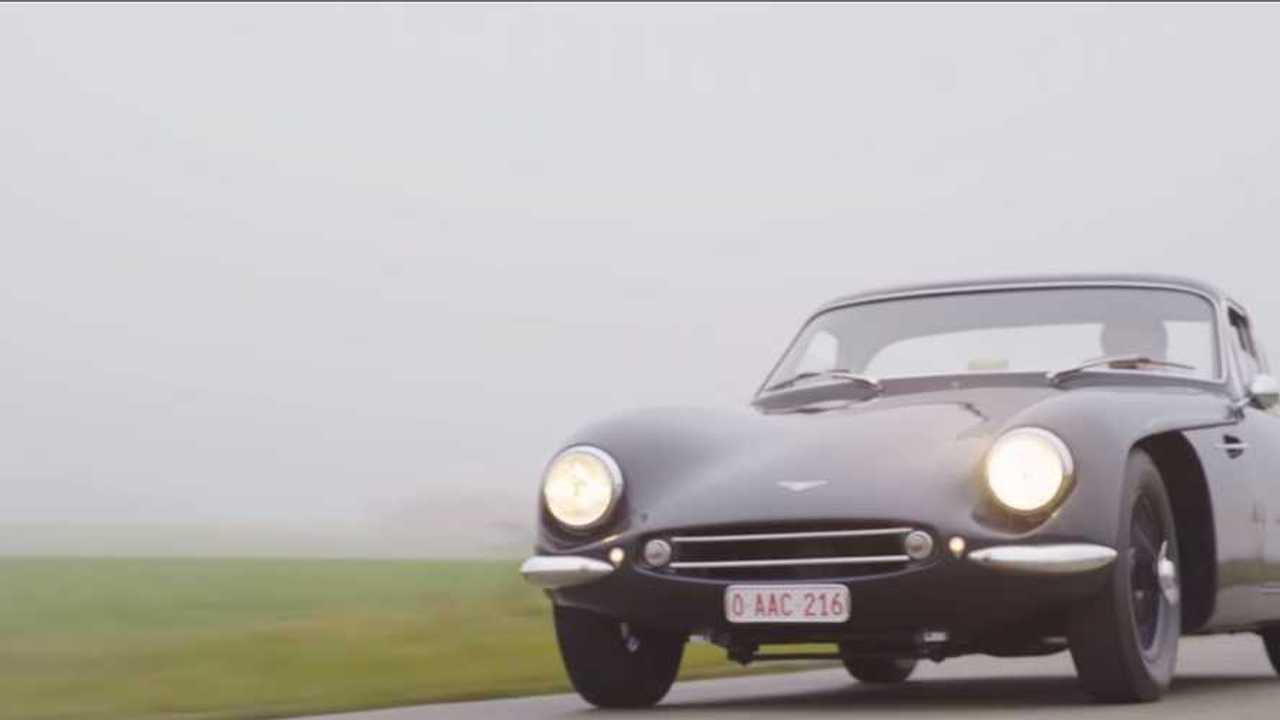 Petrolicious has visited Gregorie Desmons, a man whose love of the TVR Grantura is fulfilled by artistic principles

When a man falls in love with a car, little can come between them. Gregorie Desmons owns a TVR Grantura Mk III, and his passion for it goes way beyond its abilities to take him from A to B, as he describes in the latest Petrolicious video. He speaks in his mother tongue of French throughout, so we’ve written out a condensed transcription of his soliloquy to enjoy as you watch the video.

‘I’m very sensitive to the arts, and it’s the lines of classic cars that speak to me,’ begins Desmons. ‘They’re magnificent works of art. They have a soul, something special. The more I play with them, the more I’m drawn to even more classic styles.

‘What pleases me most about old cars is the lines. That’s the first feature I look at. It’s not a contemporary car that you just get in and turn the key. It’s an adventure, every single time. In the end, it’s the beauty of it. I could sit in my garage and just photograph it from every angle and paint it, and paint others.’

‘It's a passion for art or aesthetics that has always drawn me to cars with unique features, in particular, the coupes.

Way back when, I had a MGA coupe, which is also a unique car due to its fastback feature. But it's still not a TVR Grantura.’

At this point in the video, Desmons gets into his Grantura and takes it onto the road, clearly with much enjoyment.

‘During the many years I researched the Grantura, I watched races like Le Mans Classic and Goodwood . They are true race cars, absolutely. So I found myself wondering if this was the one for me, since I was looking for was a classic road car. TVR Granturas have a tubular chassis. It’s very light, and has a small motor, but it’s enough for extremely rapid acceleration so you can take off quickly when exiting corners.

‘The model had several different engines. Mine has a standard, I’d say an MGB 1800, but with the famous HRG crossflow cylinder head often used in racing, because it has a better power ratio. HRG was an old English manufacturer, but no longer exists. There’s an engineer who continues to make specific cylinder heads for the MGB . The problem is there were only 90 made for the Grantura Mk III, so finding one was difficult. It took five to six years before I was finally able to find the car that I now have.

‘There was an American who worked with TVR by importing Granturas to the United States. In the US, Jack Griffith had the idea of converting them to V8 engines. Since then, the ‘64 car has been known as the TVR Griffith. It was a monster on race tracks due to its power-to-weight ratio.

‘With the TVR Grantura, it’s not like other vintage cars. It’s unique. It’s… you feel the soul of racing. You’re truly at the crossroads between a road car and a race car, and I’d say the race car wins hands down. The pickup, with the cylinder head and lightness… it’s tremendous. There are times when you go into second gear, and taking corners at 6000rpm. It’s intense. It’s physical. I adore it.’