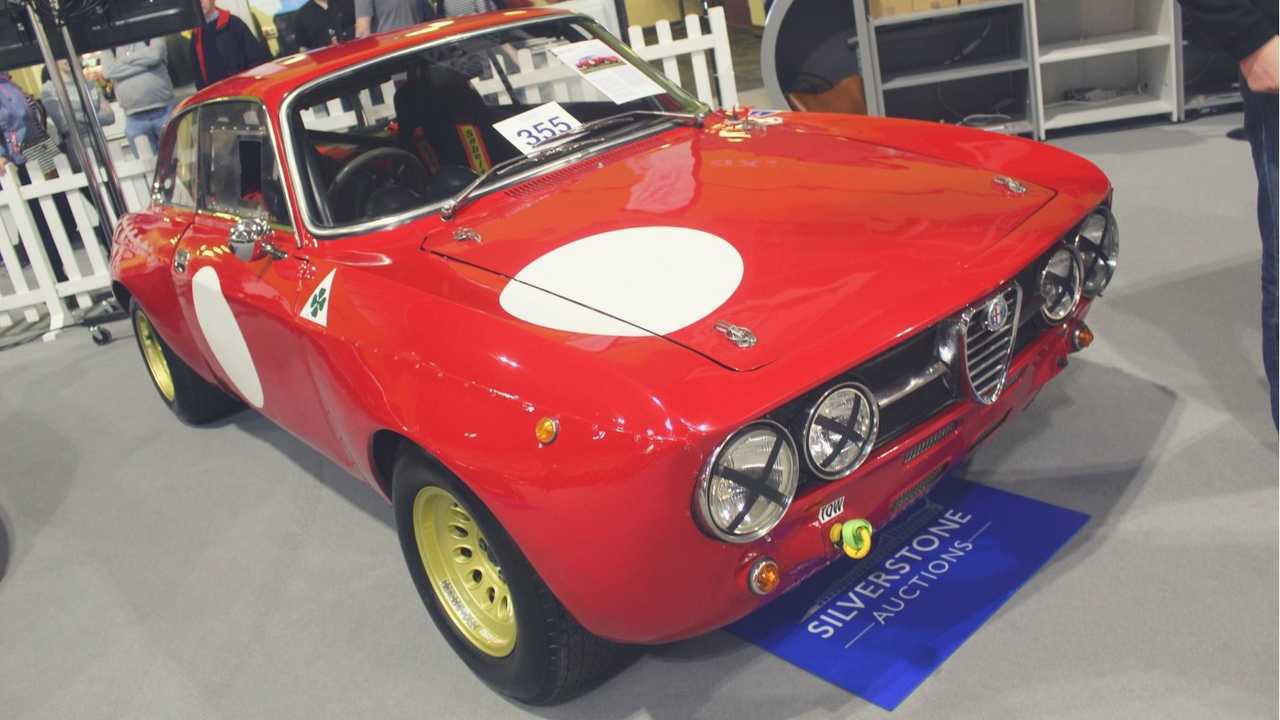 There was plenty of classic racers on offer at Silverstone Auctions' first ever Autosport International sale. We've picked out five of the best to cross the block

Autosport International, Europe's largest motorsport show, is unsurprisingly home to a rich selection of classic racing cars, some of which were sold at auction yesterday. From rough and tumble rally machines that have taken on gruelling endurance tests to poised machines for the racetrack, Silverstone Auctions' sale at Autosport International featured a bit of everything.

There was plenty to choose from, with prestigious racing machinery worth six figures featuring – but these five caught our eye most of all.

The MP4-T5 Slowest McLaren Ever Made

It's hard to say what's more special about this lot – the machine itself, or the roll-call of racing legends that have sat in the driving seat.

This '66 Group 5 spec Ford Cortina Lotus was one of three built by the factory Lotus team for that year's British Saloon Car Championship. Rather than shy away from deploying its top Formula 1 drivers across other series, as is the norm today, Colin Chapman's team drafted in two-time F1 champion Jim Clark, one-time champ Graham Hill and fellow F1 drivers Peter Arundell and Jacky Ickx to pilot this very car.

Moving from the Cortina, a car steeped in racing history, to one without any to speak of, is this very lightly used Group B specification MG Metro 6R4. Most of these tackled either rally stages or rallycross tracks around the world in its mid-to-late '80s heyday but this one was spared active competition - instead previously owned by F1 team Williams and displayed at its headquarters.

That garage queen life means it has done only done 175 miles since new, still in a plain white livery that shows it's never had a true chance to drive in anger. We just hope whomever spent £150,000 on it will unleash it and have some fun.

Some historic touring cars are so rare that the only way to see them racing in modern day events is through exacting replicas. Despite not being the original, the level of detail involved makes them valuable in their own right, like this copy of the Brut-sponsed 1978-'79 BSCC Ford Capri. It's so close to the real thing it's even got FIA Historic Technical Papers, allowing it to take part in historic races as if it were the real deal.

For that reason it's not exactly cheap. £61,000 ($78,000) is not Jim Clark's Ford Cortina Lotus money but it's still a serious investment for a proper bit of racing kit.

Though not a rally-focused machine out of the factory, this 911E was later converted to off-road spec and even entered as a quasi-factory effort by Porsche GB into the 1993 London to Sydney Marathon.

It was a victory contender before getting stuck on a bridge, then breaking down in India, at which point the car was never turned out in anger again. Still showing some of the scars and dents of its swashbuckling adventure, this 911E was oozing character.

Whoever placed the winning bid has bought a whole load of character for £25,000.

And lastly, for something a little different. It's another replica rather than the real thing. But that's probably to its credit. This 1750 GTV transformed into a GTAm replica should be competitive in the right hands in historic racing, with a recent five-figure mechanical overhaul keeping it up to scratch.