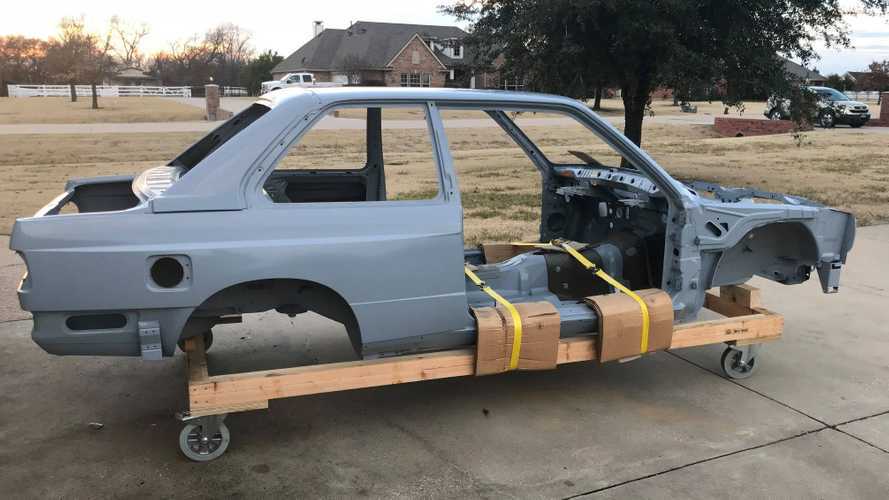 This BMW E30 shell has never been used and could for the beginning of the ultimate 'new-old' M3. It's currently located in Texas, USA

New cars are great with their modern performance, luxuries such as decent air conditioning, and brace of safety tech, that said, there is an undeniable charm to a classic car. They possess a character that the law of the land simply doesn’t allow designers and engineers to build into many of today’s modern vehicles. However, a classic by definition tends to be pretty old… Or does it? A new-old-stock BMW E30 bodyshell has been discovered in America making way for what could become the very last ‘new’ M3 of that era.

Could this be the last unused E30 shell in the world? If so, the seller from Texas, USA is offering something very valuable indeed. Being sold on Facebook for $30,000 this unblemished body-in-white has been in the same ownership for the past 15 years. It is unregistered, unused in any way, and still retains its original factory stickers. The gentleman selling this artifact wants to free up some garage space and doesn’t have a use for the E30 going forward.

The BMW E30 M3 was the first of the legendary linage and was developed to homologate a touring car for motorsport. However, this three-door model with its swollen arches and S14 four-cylinder engine became a cult classic on the road as well as a victor on track. The car went through various iterations with the rare Johnny Cecotto edition being one of the ultimate. Today E30s trade hands for increasing sums of money.

There’s no denying that this car will require a lot of work and an incredible amount of parts sourcing to complete, but imagine the finished article. Picture something similar to what Porsche did with Project Gold where it created a new Porsche 993 Turbo S from new-old stock. This could be the world’s last ‘new’ E30 M3 in the right hands.