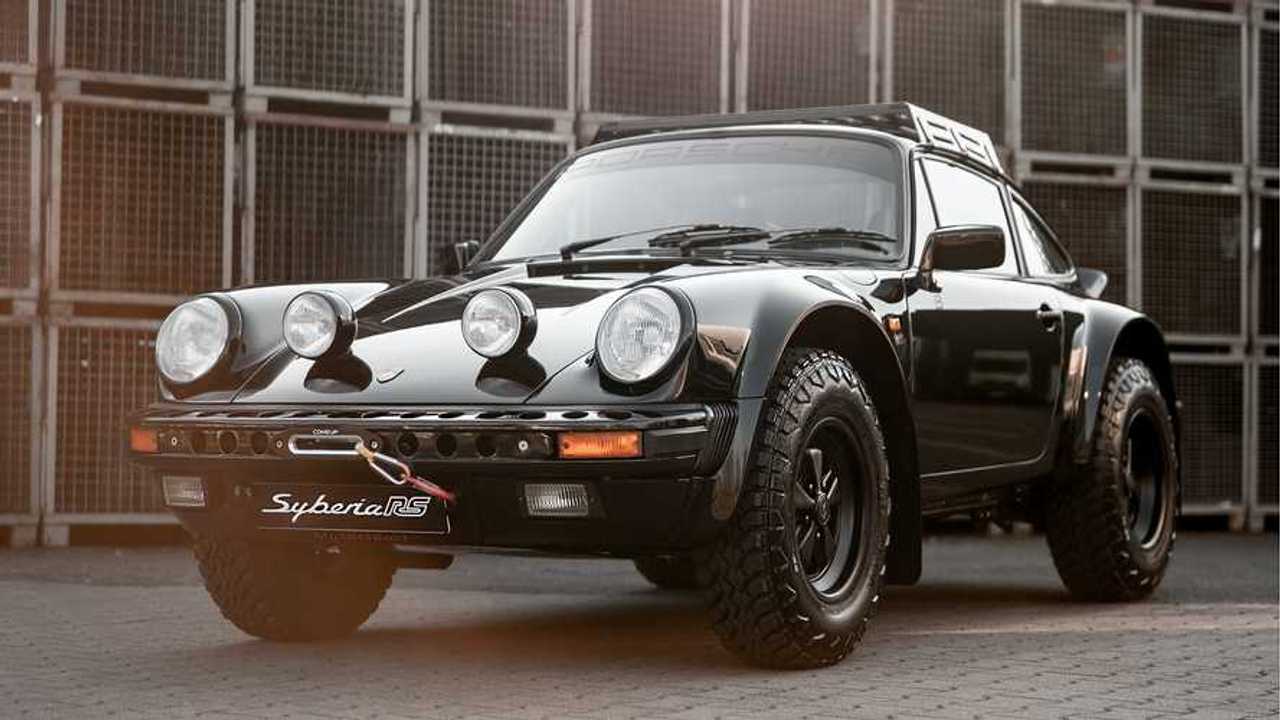 H&R created a custom suspension for it.

Kai Burkhard didn't have something mainstream in mind when he started his hunt for a fun car. He almost bought a Humvee, but the military machine had a major flaw: At 80 kilometers per hour (50 miles per hour), you're at the maximum comfortable driving speed. This issue led to the idea of creating the Syberia RS, which is a Porsche 911 for all seasons.

The Syberia started with a 1986 Porsche 911 Carrera 3.2 that Burkhard bought in Japan. After making some design drafts, the saw came out to cut the wheel wells and fit large fender extensions. It now rides on 16-inch wheels with huge, knobby tires. A modified front bumper includes an integrated winch, and there are extra lamps on the hood. While fairly small, the roof rack would add a little extra cargo capacity

Burkhard worked with the Tailor-Made personalization department at suspension specialists H&R. To handle the Syberia's off-road duties, the team ditched the original suspension in favor of custom-made spring-loaded shock absorbers with variable height adjustment. This also required creating bespoke mounting and support bearings, too. The results were such a success that H&R has received requests for the same parts as on Burkhard's 911.

The powertrain tweaks are fairly minor. A Porsche type 915 transmission uses short-ratio gears and has a limited-slip differential.

Inside, Alcantara covers sections like the steering wheel and door panels. There's also a roll cage for additional safety if spirited driving gets out of hand.

Burkhard's 911 is a take on the concept form Porsche's own off-roading variants of the classic sports car. The company built the Porsche 953 for the 1984 Paris-Dakar Rally and won the event. The Porsche 961, a rally version of the famous 959 supercar, scored another victory there in 1986.