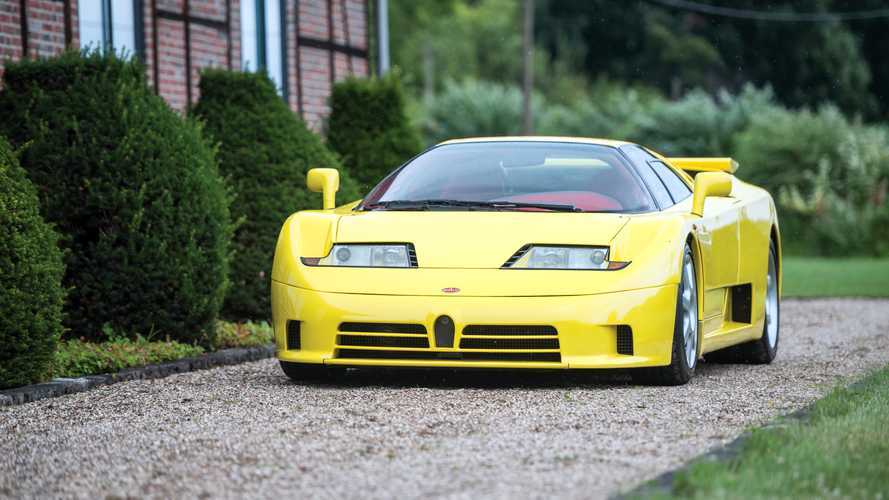 A configuration that could bring the value to well over one million euros.

If your supercar collection lacks something classic and at the same time unique in style and design, then here is the opportunity for you. This is a 1993 Bugatti EB 110 Super Sport finished in yellow, just like Michael Schumacher's, but with a red interior.

And the interior is the gem of this model, as it is the only one to leave the factory with this special color inside the cabin. There's no doubt that the red upholstery could drive the price up to stellar figures. The same car was in fact sold at auction in 2015 for the equivalent of 713,000 euros.

The EB110 SS was presented at the 1992 Geneva Motor Show and is the evolution of the already extreme GT. The car has a more sporty character and lacks some of the equipment and comfort found on the GT.

A configuration that could bring the value well over one million euros. The enhanced engine is able to develop 610 hp at 8,250 rpm, reaching a remarkable specific power of 174.3 hp/liter, while torque reaches 637 Newton-meters (470 pound-feet) at 3,800 rpm.

The announcement of the sale appeared on Instagram and if you want to know how much it costs you will have to get in touch with the seller. The only data we have is the car has covered 15,000 kilometers (9,320 miles) during its 27 years of existence.