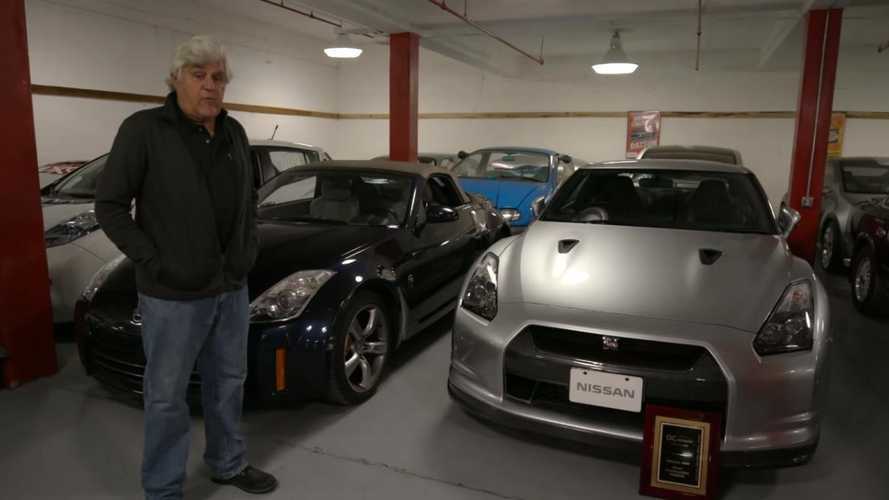 Despite owning some of the most desirable supercars on the planet, Jay Leno's always had a soft spot for a certain Datsun

For a man whose own collection spans several prestige names, Jay Leno has a fondness for a small yellow Datsun with black interior that served as his third car. He recently visited Nissan’s heritage collection in America, bringing back some fond memories and finding out some interesting details about the Japanese manufacturer’s time in America.

Nissan's heritage collection is curated by two people, who both do it part-time alongside their usual jobs at Nissan. Dave Bishop, the senior manager of production development for the aftersales division, is one of those two, and showed Leno around the collection. Overseeing the set of cars includes more than just looking at them in a basement, with time spent on maintaining and restoring the vehicles, as well as transporting them to shows.

One of the most popular cars in the collection, and the one that truly established the Nissan name in the American subconsciousness is the Nissan 240Z. Having previously sold cars under the Datsun name, the 240Z was really the first car designed to appeal to the American market.

In Japan it was called the ‘Fairlady’, but Yutaka Katayama, Nissan’s president of US operations, realised that Americans wanted their sports cars with more exciting and masculine sounding names. In all honesty, should the name really have mattered when this was a car that was beating the MGB GT?

Katayama, otherwise known as Mister K, understood the needs of the American market, and the Datsun 280ZX, a model of which is finished in black and gold in the collection, was sold to Americans with an advertising campaign that appealed greatly in the early ‘80s. Mister K lived to the age of 105 and was a visitor to Leno’s own garage around the time of his centenary.

The company first started importing cars to the US in 1958, just 13 years after the second world war. Nissan vehicles were first built in the ‘20s though, and there is a ‘37 vehicle in the collection. With a strong racing history at home and abroad, there are several racing cars in there too, including a Paul Newman vehicle and an IMSA GTP car. Film star Newman is one of Datsun’s most famous buyers, and Datsun buyers was something Leno worried about when he worked for a BMW dealership in his youth.

BMW’s 2002 was being rivalled by the beige Datsun 510, a price-point entry into the sports sedan market with independent rear suspension. Leno couldn’t shake off the 510, as in the ‘80s and ‘90s he spotted many youngsters buying cheap second hand models and using them as hot rods or street racers. But it wasn't just street races in which the Datsun starred. The 510 actually had pedigree on race tracks, winning the 1972 and ‘73 TransAm National Championship.

Leno ends the video by taking a drive in a 1960 Datsun 1200 sedan, built in partnership with , hence its striking resemblance to a Mini. It was the first car of its kind really on the American market, before European brands came en masse, and the 48hp machine proved to be a small-time hit.