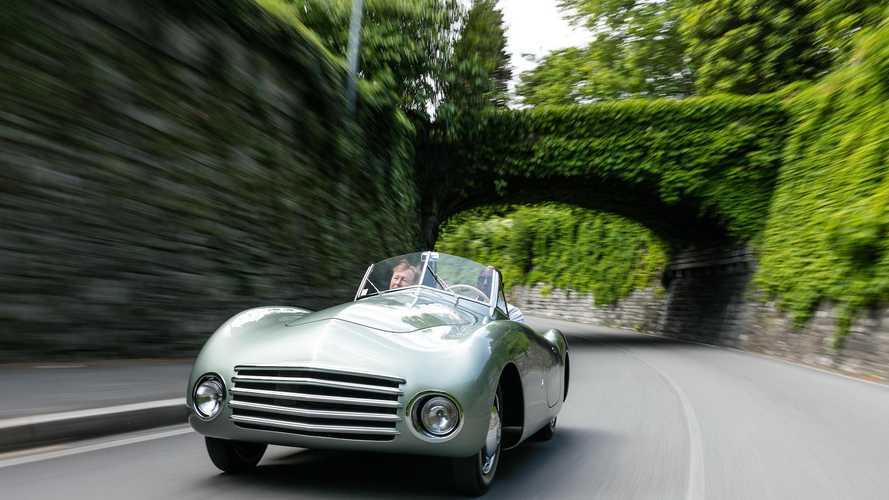 But even the most famous of artists must start somewhere and, in the case of Frua, the first canvas for his own carrozzeria was a 1946 Fiat 1100 Spider. This 1100 Spider, to be exact, which is being sold by Bonhams at its Scottsdale auction on January 17, 2019.

”The sobriety of the original and most modern lines of this two-seater sport by the Carrozzeria Frua on the Fiat 1100C has been much admired by connoisseurs, both in Turin and in Como.”

We can see why.

It only spent 25 days in the possession of its original owner before it was sold to Gino Bubbolini. Fiat dealer, Alvise DePasquale, showed the car in May of 1947 at the Villa d’Este concours, where it won a Second Prize of Merit.

Over the Spider’s history, it would exchange hands several times, including a sale that would transfer registration from Milan to Pavia, where it’s still registered to this day. The buyer who took it to Pavia in 1950 would have a long stint with the car, keeping it all the way until 1983 when he passed away.

A recent owner bought it in late 2015, after it had been painted red, and raced it in the 2016 Mille Miglia. After completing the event, the Fiat received a complete original specification/original appearance restoration by Fiat to Carrozzeria Gatti Luciano of Bergamo, that would also give the car its original paint scheme back as well.

To celebrate the 70th anniversary of the car’s first appearance, it returned to Lake Como for the 2017 Concorso d’Eleganza Villa d’Este. The Fiat 1100C Frua Spider was invited to the Elegance Hampton Court Palace in September 2017, where it was nominated as “Restoration of the Year”. These are just a few of a long list of recognitions the car has earned over the last four decades.

The new owner will likely be someone interested in carrying on with showing the world-class restored car, especially since it has an estimated valuation of $650,000 to $850,000 as it heads to the Bonhams Scottsdale auction on January 17 next year.