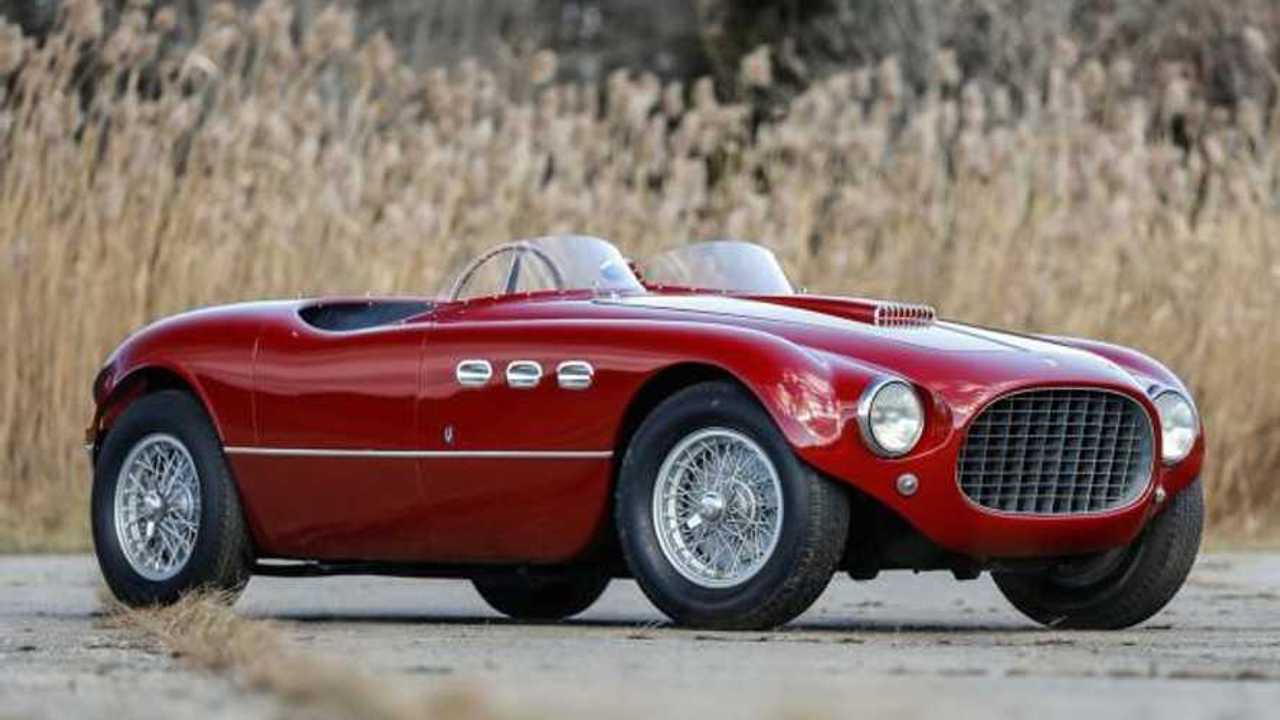 Named after the Mille Miglia, this original condition Ferrari 250 MM Spider was sold by Gooding & Company at the recent Scottsdale auctions in Arizona.

Three multi-million dollar Ferraris topped the billing for Gooding & Company’s Scottsdale auctions over the weekend — impressive sales by any standard. While all three cars were outstanding, this 1953 Ferrari 250 MM Spider that sold for an incredible $5,395,000 was a real showstopper.

There was plenty of anticipation this classic Ferrari rolled onto the auction block as it was sure to be one of the most valuable models seen at the event. As bids were placed from interested parties all over the world, the price soared to many millions for this highly original car. The 250 MM Spider ultimately became the third most valuable car of the sale when the hammer fell.

Naming a car after one of the most iconic races in the world means that it has to be of a deserving quality. The 250 Mille Miglia more than lives up to its nameplate thanks to Ferrari’s fabled engineering. Unveiled as a development of the 250 Sport in 1953, the new car was named after its predecessors success in the legendary Italian road race. But it’s the ‘250’ moniker that makes these cars special. The 250 MM had a Gioacchino Colombo-designed 3.0-litre V12, which was noted for its individual porting, hairpin valve springs and exotic four-choke Weber carburettors, capable of approximately 240bhp in all.

The 1953 Giro di Sicilia race marked the first competition appearance of a 250 MM, and a few of the 31 cars built became winners. Chassis 0348 took six overall wins and a further three class wins between 1954 and ‘57.

The biggest race it competed in was the 1954 Watkins Glen Sports Car Grand Prix, in which it finished eighth. Chassis 0348 was bodied by Carrozzeria Vignale as a spider, and in the ‘Series II’ style with a decorative chrome grille on the hood and outboard headlights.

When first sold to New York’s Alfred Momo Corporation, which managed Briggs Cunningham’s racing team, the Ferrari was finished in red with a brown leather interior, which quickly became dirtied as it started its racing career. It changed hands multiple times during this time, on the ownership side and the people in the driving seat.

Some owners also raced, with Charles and Audrey Saffell entering races as ‘Scuderia Furioso’ after purchasing the car in March 1956, and it was with them where it achieved most of its racing success. It then moved through an eclectic mix of owners, including Ken Hutchinson, one of the founding members of the Ferrari Club of America.

Hutchinson retained the car until 1985, and the next owner had the engine of the car carefully rebuilt. Three years after that it was sold to a European owner and, when it eventually returned to America, it was displayed at the Pebble Beach Concours d’Elegance

There have been five owners since, and throughout the car has remained in near original condition. A detailed history report accompanying the sale is proof of that, and you can check out the original chassis, bodywork, engine and gearbox yourself.

This rare 250 MM is one of the last generations of Vignale-bodied Ferraris, making it a prime candidate for future concours events. However, motorsport is deeply ingrained in this car’s history and so we hope the new owner will stretch its legs at historical racing events this year.