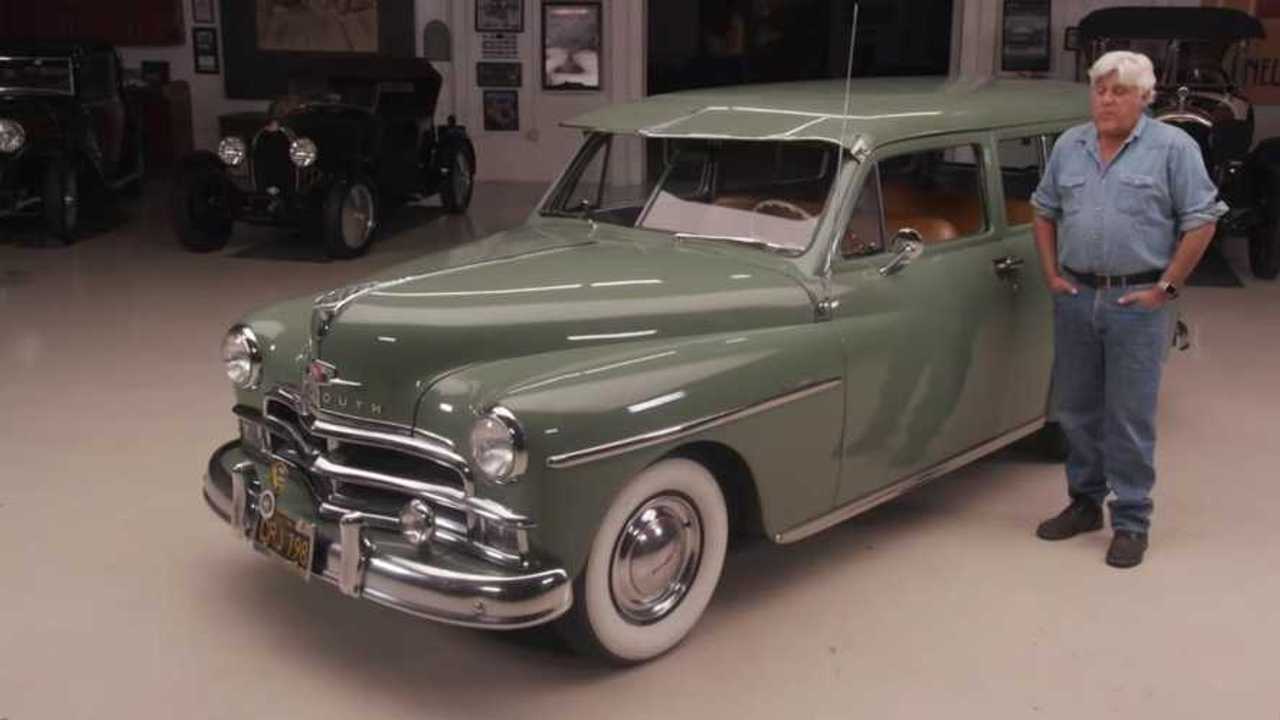 Korean War veteran Leonard Kolodziejski looked after this Plymouth Suburban until his death. Jay Leno now gives it the attention it deserves

Jay Leno’s latest garage showcase is a vehicle from his early childhood, and one he acquired on behalf of an American war hero. The car in question is a 1950 Plymouth Suburban, a vehicle Leno describes as about ‘the most utilitarian vehicle you could get’, and aimed at the typical blue collar working man.

The two-door Plymouth station wagon was the first in America to be built entirely of steel, with other station wagons at the time using wood framing.

Innovative use of materials continued to the interior, as you could ‘wash out the whole interior with soapy water and a sponge’, as it was made of ‘luxurious plastic’. The usability of the car made it perfect for its target audience, although it was considered to be in the ‘mid-price field’ at $1800.

Mechanically, it was also an easy to understand vehicle, with a reliable 270ci flathead six-cylinder engine capable of 97hp, a one barrel carburetor, a six volt battery, and a three-speed transmission. It was lightweight given its size at 3160lb, meaning it only needed drum brakes to slow it down.

With no interstate highways at the time of build, the car’s top speed of 75mph was rarely reached, with Leno commenting that it’s at its most comfortable between 45mph and 60mph.

Unlike many other classics of its era, the Suburban offers a comfortable ride as these speeds and, according to Leno, ‘it’s relaxing to drive. The whole world just slows down a bit when you have one of these’.

There’s near 360° visibility, and the windows can be slid open for better ventilation. This car was built long before the days of air conditioning and, as Leno attests to, one of its best uses is driving to get a refreshing ice cream.

Leonard Kolodziejski, who fought for America in the Korean War, rising to the rank of Sergeant and being awarded the Bronze Star, was the former owner of the car and upon his death his daughters approached Leno with the vehicle.

He took the offer up, and was glad to see that Kolodziejski had left the hefty user's manuals and his notebook on every single thing that had happened to the vehicle, from being built all the way through to his death.

During his ownership, Kolodziejski made some adjustments to the car, including adding decorative door protectors behind the handles, fender skirts over the rear wheels, and a set of rear indicators. Despite being 68 years old, it doesn’t look out of place on modern roads.