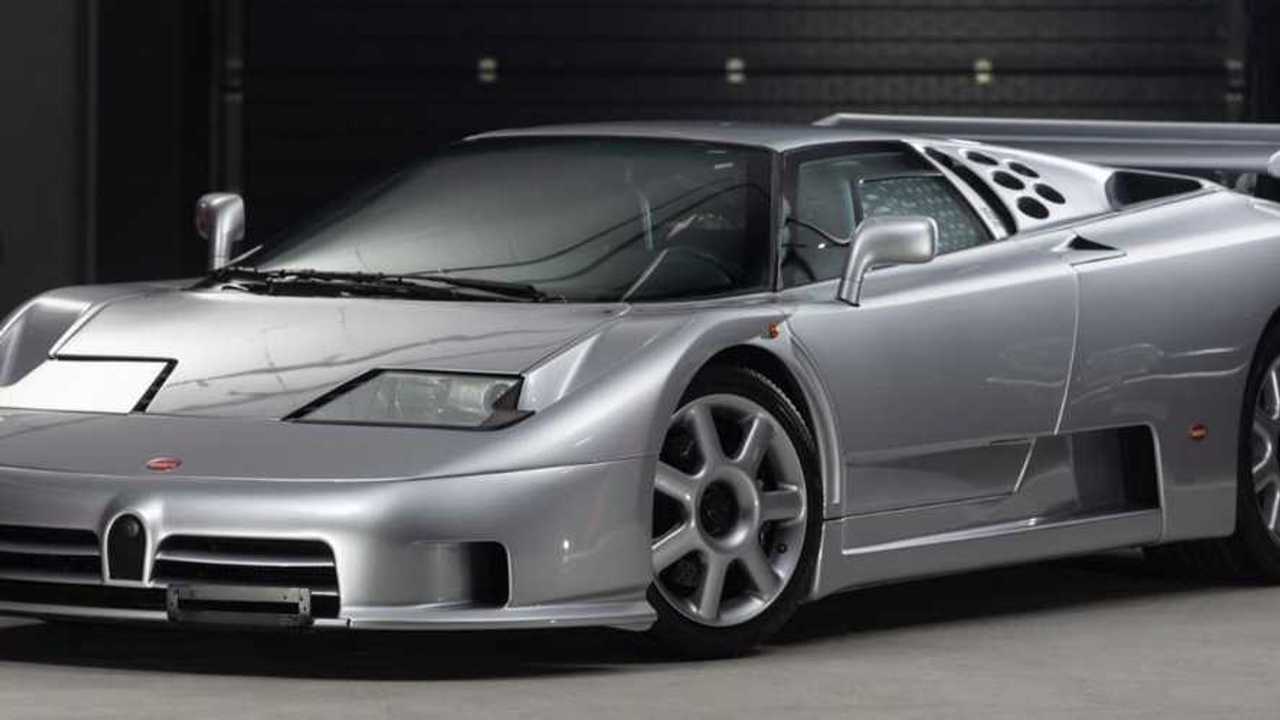 Just 30 Bugatti EB110 Super Sports were ever built, but could this be the rarest of them all with just 560 miles on the clock? This 220mph example heads to auction.

The Bugatti EB110 is often forgotten as the likes of Bugatti's record breaking Veyron and new Chiron create headlines. However, the EB110 was a hugely significant car that paved the way for the hyper-Bugattis of today. The EB110 Super Sport was the ultimate incarnation of this landmark car.

The standard Bugatti was no slouch, with a top speed of 213mph courtesy of a V12 engine featuring not one, but four turbochargers. Its 3.5-litre engine produced 550bhp which was certainly impressive for 1991. However, the Super Sport turned things up to 11…

Power was boosted to 610bhp via a new ECU, larger injectors and a more effective exhaust system. This added performance potential gave the EB110 SS a 0-62mph time of 3.3 seconds and a new top speed of 220mph. The SS wasn’t all about power though, extensive weight saving via new carbon kevlar bodywork meant that 150kg could be removed.

The ulterior motive of the SS was to homologate a GT1 Le Mans racer that took advantage of the changes over the EB110 GT. This homologation special numbers just 30 making it one of the rarest supercars in the world — something Michael Schumacher appreciated when he bought one.

This example is not only extremely rare, but has also only covered 560 miles from new. First delivered to a Mrs Muller in Germany in 1994, it eventually made its way into a Japanese collection. In 2012 the EB110 SS moved to Switzerland to join its current owner who has kept the car in excellent condition. Original factory paperwork confirms the Bugatti to be in highly original condition and a prime target for a collector.

This might be the closest you will ever get to buying a ‘new’ Bugatti EB110 Super Sport today. It will be up for grabs at RM Sotheby’s 2019 Paris auction.