Why the Ferrari F50 is the most underrated supercar 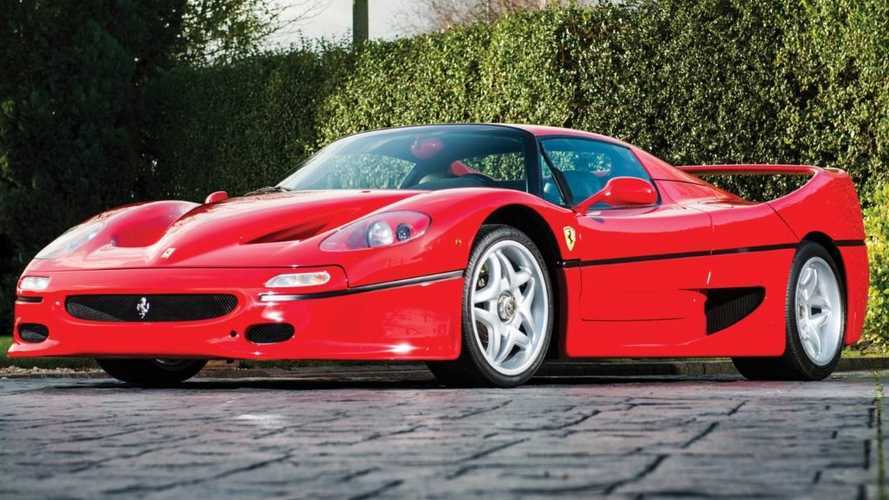 The Ferrari F50 often lives in the shadow of the F40 and Enzo, but this lightweight supercar deserves its own place in history

As a pristine example of the highly underrated Ferrari F50 heads to RM Sotheby’s Paris auction in early 2019, it raises the question of the model's legacy.

The F50 is one of the fabled Italian marque’s most controversial models, despite having all of the ingredients to become a truly legendary car.

People scorn it for having a removable roof, others proclaim it to be ugly. Armchair critics say that it does not live up to the immortal Ferrari F40. All this aimed at a car with a Formula 1 derived V12 engine and the latest Ferrari tech of 1995.

We think that this Ferrari’s ‘image problem’ largely comes from the landmark cars that preceded and followed it. The Ferrari F40 is one of the most significant cars from the Scuderia’s history, as is the technologically advanced Enzo that took the founders name. Be it from having big shoes to fill or not being in the same vein as its successor, some people just love to hate the F50. Here’s why they are wrong…

The Ferrari F50 is one of the last ‘hairy-chested’ supercars that required the driver to maintain a healthy respect for the car. Its 512bhp 4.7-litre V12 engine was developed from the unit present in Ferrari's 1990 F1 car, the 641. It was built with a carbonfibre tub to keep weight low and rigidity high, it maintained a proper manual gearbox, possessed an aircraft-grade fuel tank, innovative pushrod suspension, and hosted a body forged in the wind tunnel. It was, and still is, a very serious piece of kit.

For those who must continuously compare it to its stablemates, it was the last flagship Ferrari with that iconic open-gated manual 'box – the Enzo lacking such delights – and could swiftly outrun an F40 with its 0-60mph sprint of 3.7 seconds.

This glorious example has just over 13,500 miles on the clock and is Ferrari Classiche certified. It has been well maintained will all major servicing being kept up to date. In 2013 this F50 came to the UK, where it has been looked after by official Ferrari dealerships.

It has recently received a new clutch and a fresh set of tyres, a real benefit for its next custodian. There's also the F50's original fitted luggage set included and, of course, the removable hardtop.

The Ferrari F50 is a largely misunderstood car, but for those who are in the know, it’s one of the greatest machines to leave Maranello.

Gallery: Why the Ferrari F50 is the most underrated supercar