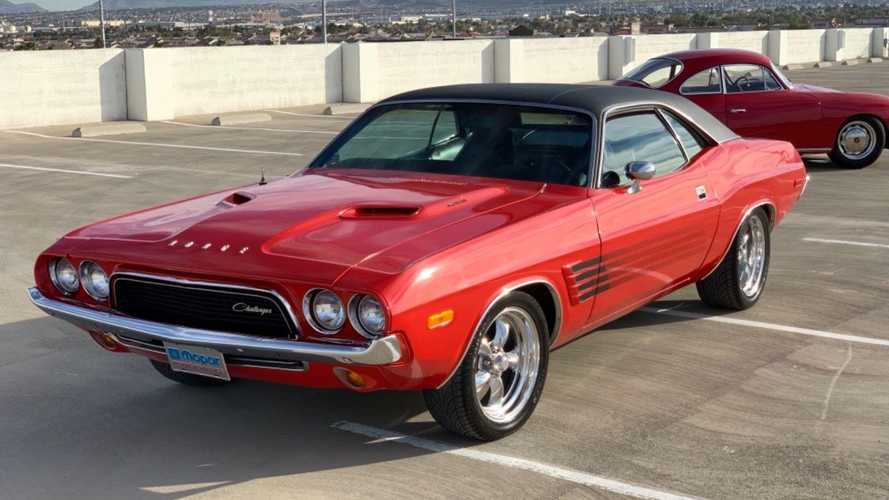 Currently listed on eBay, a 440 equipped 1973 Challenger is likely to send bidders in a frenzy, given it’s listed without a reserve price

If history has taught us anything, it’s that a ’73 Challenger equipped with a 440 engine can pull in some major dough. Imagine then the bravery of a seller who dare listed this particular example have on eBay for 10 days, with no reserve in place and a starting bid of a measly $500.

While the 440 equipped Challengers aren’t exactly hard to find for sale, they are about as desirable as they are available. Yes, all of them are technically 440 clone cars, but that doesn’t stop people from dropping huge amounts of cash on them. Recent Dodge Challenger sales of similarly equipped powertrain swaps have yielded well north of $50,000, and the value raises with each high-priced exchange.

According to the VIN number shown in the eBay ad, this Challenger was originally powered by a 240-horsepower, 340 cubic inch engine with 4bbl carburetor. Even if the car was originally equipped with the 340 V8, it would still be worth quite a bit as the '70s Challengers have been very hot collector cars in the last few years.

The replacement 440 cubic inch engine is rated at a far more exciting 390 horsepower. The ad doesn’t offer much background on what the engine was grabbed out of, but it does state the engine was rebuilt about 10,000 miles ago.

Otherwise, the car is very easy on the eyes, and the restoration seems to have been done with a high level of professionalism and precision. A huge indicator that this car had a ‘real deal’ restoration is the fact that the door jams and engine bay are sporting all fresh paint, which many low-level restoration shops skimp on to keep the bill as low as possible.

The car is in overall great shape on the outside and inside, and the seller offers that its in great running condition with plenty of power to push the classic Challenger’s hefty stature. Included with the car are some parts for the front end, the original wheels, new brake pads, and new shocks.

This listing will conclude on December 29, surpassing $15,000 by day two and, with five days left, it's already hit close to $25,000. But given what these cars are worth on the market, that's still a potential steal. It will be interesting to watch car enthusiasts with plenty of vacation time trying to snag this muscle car over the holiday week.

Gallery: This 1973 Dodge Challenger might be a post-Christmas bargain