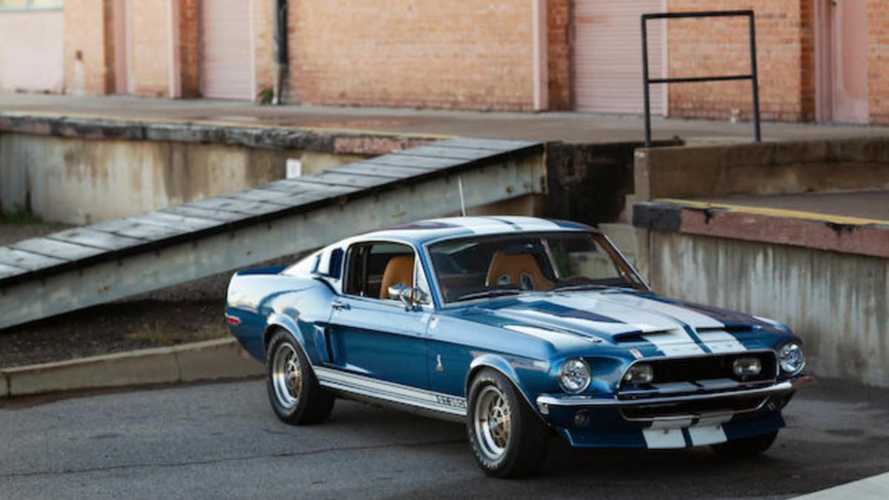 A meticulously restored classic Shelby GT350 is heading to auction, and this car is about as perfect as they come

When Bonhams' Scottsdale auction kicks off in the middle of January, a 1968 Mustang Shelby GT350 Fastback will be on the auction docket, and it’s one of the best examples of the model out there.

The Ford Mustang was the car that started it all in the unique pony car segment, maintaining considerable success over the years. When it was joined by competitors from Chevy and Pontiac in the late 1960s, Ford started looking for ways to ramp up the Mustang to maintain its leader status in the segment.

To further push the into performance segments and capitalize on the success of Carroll Shelby’s team that dominated the SCCA winners’ circles in the 1960s, Shelby began producing modified Mustangs — thus the GT350 was born in 1965. The Shelby cars were offered with upline performance options, as they still are with modern versions. These cars are the ultimate in the segment, and had very few competitors that could keep up.

This 1968 GT350 is an excellent representative of the classic Shelby line. The eye-catching Acapulco Blue exterior with bold racing stripes and Shelby-specific hood gives the car a sinister, yet stunning look, even when sitting still. This paint color when combined with the Saddle clad interior make it one of just 48 produced with the exterior/interior color combination — this out of a total of 1,053 Shelby GT350 Fastbacks made for 1968.

Under the twin-scoop hood lays the robust 302 V8 with hydraulic camshaft. Backing the engine is the four-speed manual transmission in its original configuration. Otherwise, the Shelby is well-optioned with features like an extra cooling package, sport deck rear seats, power steering, power front disc brakes, tilt steering column, and the list goes on. Some aftermarket upgrades give the car a unique twist, without overshadowing its Shelby roots.

As the saying goes in the collector community, “Don’t pay Shelby prices for a regular Mustang”. But that’s not a concern here, since it comes with a Marti Auto Works Deluxe report to justify the $80,000-$110,000 estimated value. A very similar example exchanged hands for $115,360 earlier in the year through the group, so this pony car might make some serious bank.