This 1986 Plymouth Reliant turbo wagon is a military-grade rarity 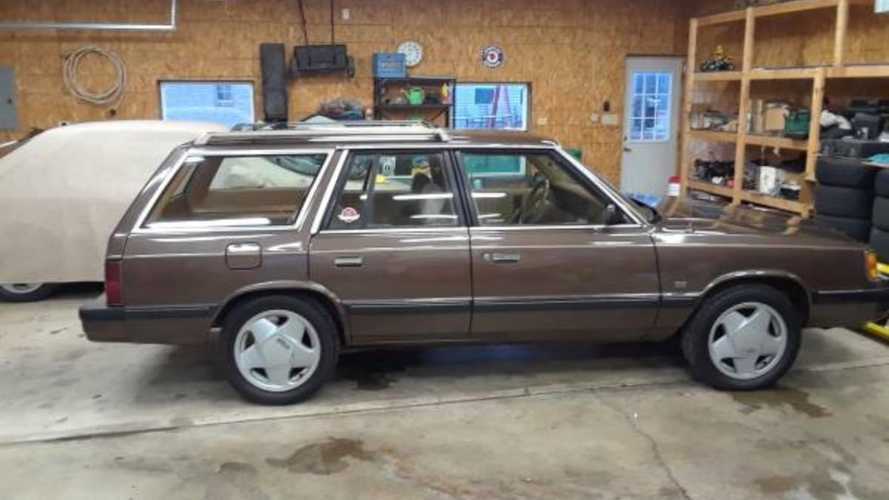 You couldn't buy a Plymouth Reliant Turbo Station Wagon at a dealership, only being available through military order. Here's a rare chance to own one

With only around 40-60 examples ever built, this is a rare opportunity to own a 1986 Plymouth Reliant Turbo station wagon. These unique cars were built by Plymouth under a government contract in 1986 and used at the San Diego Marine Corps base for the 20 years to follow. This wasn’t a car you could buy from a dealership, and a turbocharged engine wasn’t an option for the Reliant, but this special batch were still factory made cars.

The seller claims only 52 of these models were built, which could be the case due to the hazy historical records. Additionally, the claims of rarity continue with that it’s one-of-one without wood paneling and also only one-of-three painted in the Golden Bronze Metallic color.

After acquiring the car from Southern California, the current owner threw quite a bit of money at it, and it’s had some engine work. According to the Craigslist ad, the engine has a remanufactured head and aftermarket camshaft, followed by new lifters, guides, and valve seals. The turbocharger has been replaced from the original unit, with all lines and downpipe installed as well.

The car is equipped with a three-inch aftermarket exhaust and high flow catalytic converters. Mopar Performance fuel injectors and a high-flow Cater fuel pump feed the engine, while a Mopar Performance CPU lends more control over tuning functions. Backing the engine is a rebuilt automatic transmission from a 1990 turbo Caravan.

Elsewhere on the car, the suspension was completely rebuilt with a 1989 Shelby CSX K frame. It has new struts and shocks, with Shelby Lancer springs, and stopping power comes from LeBaron front brakes and hubs. In addition to the parts installed, the car comes with “extra parts” and the original transmission.

All that being considered, $5000 for a car that appears to be in great shape, is extremely rare, and has enough go-fast upgrades to give it have some serious pep is not a bad deal for someone looking for a corky street car.

Gallery: This 1986 Plymouth Reliant turbo wagon is a military-grade rarity