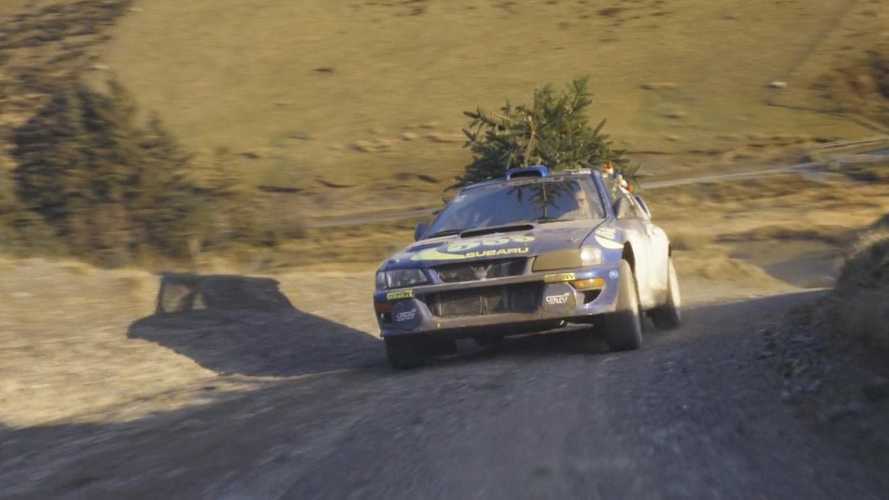 Forgot to get your Christmas tree sorted in good time? Colin McRae's 1997 WRC Subaru Impreza is the best way to transport one in a hurry, it seems

Everyone and their mother is making some form of promotional Christmas video –’tis the season, and all that. While some have been amusing, a few rather odd, and plenty terrible, this effort from exotic and collector car specialist Girardo & Co features plenty of nostalgia. Starring an ex-Colin McRae WRC Subaru Impreza, this rally-inspired jaunt to collect a Christmas tree is a must watch!

For true rally fans, the mid-1990s severed as a golden era for the sport, where manufacturers were producing some of the most astonishing cars since Group B and the drivers were of the highest calibre. Colin McRae was amongst the best and most spectacular, with images of him pushing his blue and gold Impreza to, and sometimes beyond, the limit still iconic today.

Suddenly forgetting that the office is lacking a Christmas tree, the historic WRC Impreza is called upon to race through Wales, UK. With plenty of gratuitous slow motion shots and a score provided by that snorting boxer engine, it’s a little like be transported back to this car’s heyday.

With a considerable amount of gravel dislodged from the track and tree strapped to the roof, the Subaru heads back with a continuous chorus of turbo whistling. The highlight of the video is the moment the Impreza becomes airborne, complete with tree, creating a sight both festive and nostalgic. There’s also a cheeky nod back to Ari Vatanen’s Pikes Peak climb, where the sun gets in the driver’s eyes. The who thing is wonderfully choreographed and well executed.

The very car in the video is indeed the ex-Subaru works car in which Colin McRae won the 1997 Safari Rally. McRae scored 16 of his 25 career rally wins and a world championship with Subaru from 1993 to 1998 and, while he did move to Ford and Citroen in later years, McRae is best know for his ‘when in doubt, flat out, driving of Subarus.