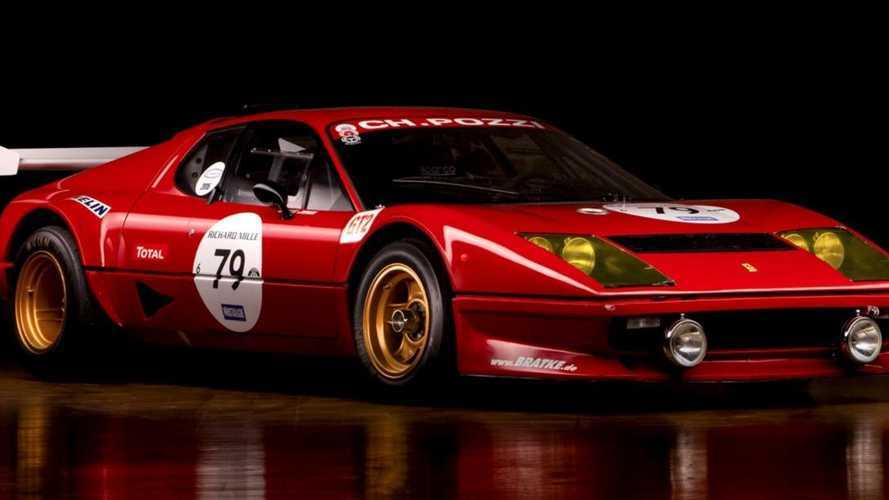 The Ferrari 512 BB 'Competizione' was not particularly successful in its motorsport prime, but this beautiful racing car still wins the hearts of petrolheads

Ferrari has a very proud racing history on which the legendary brand has been built upon, albeit primarily in single seaters. Ferrari has successfully competed in sports car championships in the past but, come the mid 1970s was putting all of its effort into Formula 1.

This 1980 Ferrari 512 BB Competizione was never a shining star of the paddock thanks to that narrow focus but is no less deserving of attention. This devilishly handsome racer is to be auctioned at RM Sotheby’s 2019 Paris sale.

When Ferrari decided to put all of its motorsport resources into the F1 and Niki Lauda basket during 1976, customers teams were left with no factory support whatsoever. This left motorsport customers all at sea, especially as the recently revealed 512 BB had plenty of potential in GT racing. After public pressure, Ferrari eventually developed a ‘Le Mans Kit’ for the 512 in 1978.

Markus Kiesgen, a key member of Ferrari Club Deutschland, took delivery of 512 BB chassis no. 31159 and hurriedly fitted it with the racing kit upon delivery. As well as various aerodynamic upgrades, the boxer engine’s power was boosted to 460bhp while weight was lowered to 1230kg.

Generally speaking 512 BBs weren’t all that successful in motorsport, more often than not grinding to a halt short of the finish at the 24 Hours of Le Mans. Kiesgen meanwhile campaigned his 512 BB in Germany from 1980 to 1985.

In 2006 the car received a series of upgrades including an FIA FT-3 fuel cell, a new FIA-approved roll cage, and an engine overhaul. Sadly, in 2012 the car suffered an oil supply issue when racing at the Red Bull Ring whichsubsequently destroyed its engine. A year of hard restoration on Ferrari’s first mid-engine road car resulted in this racer being up to standard for 2014. It attended Le Mans Classic in 2016 and again in 2018 after another engine rebuild.

Clearly this Ferrari 512 has had a lot of time, money, and care spent on it, something that is backed up by invoices for work carried out. Today it produces 475bhp and comes with its FIA Rennpass.