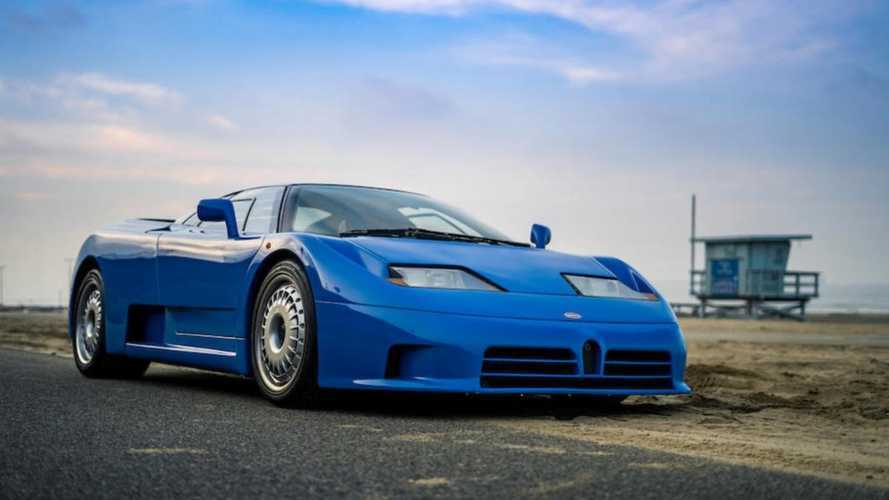 Long before Volkswagen Group ownership and the Bugatti Veyron, the EB110 was making headlines with its 213mph top speed and quad-turbo V12 engine

When the Volkswagen Group acquired Bugatti in 1998, they transformed it into a globally recognised brand that represented the highest levels of luxury and performance at any cost. For the first time, 1000bhp+ could be reliably achieved and confidently deployed.

But VW wasn't the first Bugatti owner to make the headlines for building excessively fast machines. The EB110 was the vision of Bugatti’s 1980s and ‘90s custodian Romano Artioli. A rare example of this pre-Veyron era car will be sold at the Bonhams Scottsdale auction next month.

Named after the 110th anniversary of founder Ettore Bugatti’s birth, the EB110 came into being in 1991 as one of the world’s fastest cars with a top speed of 213mph. Designed by Paolo Stanzani, this car was the first to utilise a carbonfibre chassis that hosted a 550bhp 3.5-litre V12 engine.

All-wheel drive and four turbos made the EB110 drivetrain one of the most advanced in the industry at the time. Alas, Romano Artioli’s ambitious plans to buy Lotus and develop a four-dour saloon bankrupted the company, thus ending the EB110 story.

The first car was delivered in 1993 and this very car, chassis 033GT, was exhibited at the Frankfurt Motor Show that year. The car was then acquired by a series of documented owners and, after spending 15 years in Italy, it resided in France for a year, before heading to Scandinavia to join a collection.

While over 30 years-old, this EB110 has been well looked after with regular servicing and preservation in mind. The odometer reads 10,800 miles and has recently undergone a $30,000 service.

Next year Bugatti is 110 years-old with many a celebratory event planned. This car has already played its part by starring in a soon to air 2019 episode of Jay Leno’s Garage to mark the brand’s anniversary. This car has also been invited to a Bugatti rally in 2019, if its new owner wished to attend.