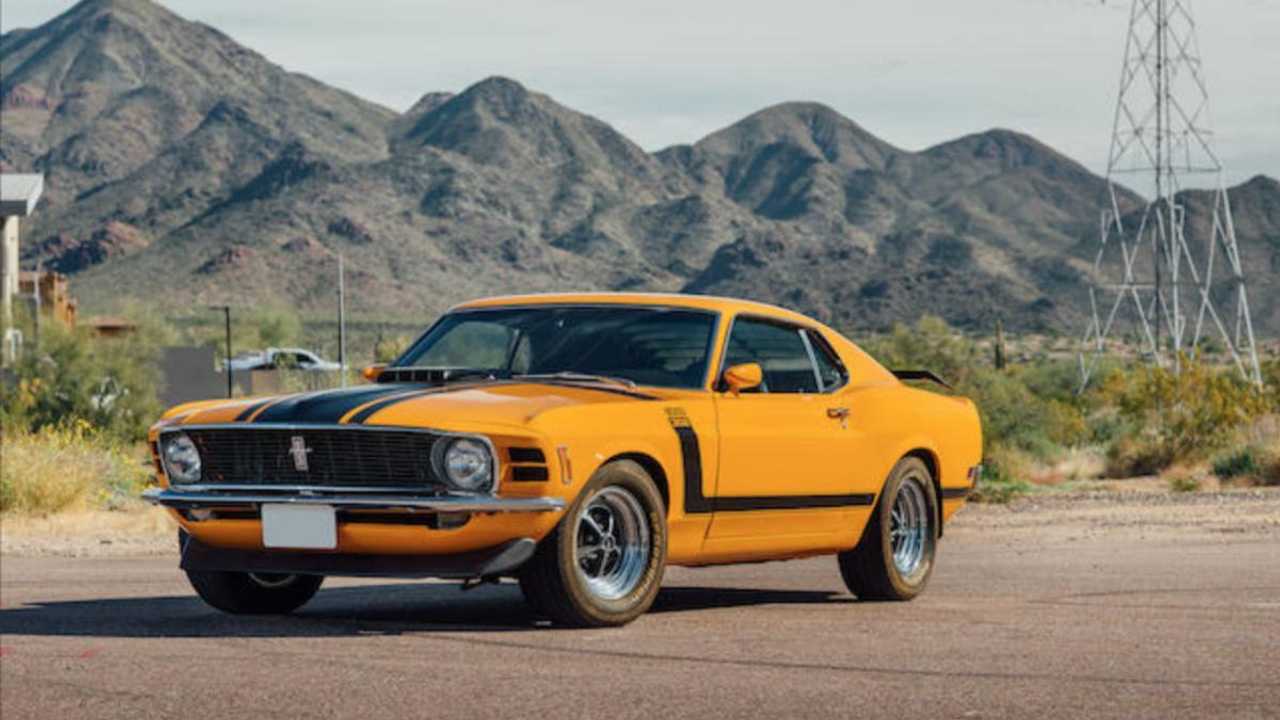 As one of the most significant vehicles of the 1960s, and third best-selling car since its introduction, around 1.5 million Ford Mustangs were delivered by June of 1967. By then the Ford Mustang, which had heavily saturated the roads in North America, had competition, as GM started producing the Chevy Camaro and Pontiac Firebird.

The response to these GM muscle cars by Ford was to make the Mustang bigger and badder to keep their customers happy — thus leading to development of the special Boss 302. The Boss 302 Fastback not only took the Mustang’s style to a whole new level, but it put down more power, quickly becoming one of the most sought after cars of the 1960s.

This meticulously restored example of the Boss 302 Fastback was produced in November 1969 at the Metuchen Ford Plant in Edison, New Jersey — it’s one of only 7013 made. It rolled off the assembly line sporting the Bright Gold Metallic color on the body, trimmed in Medium Ginger Rhino/Corinthian vinyl, and featuring bucket seats.

The car came from the factory with the Hurst four-speed wide ratio manual transmission, Trac-Lok axle, Philco AM radio and, of course, the iconic shaker hood. During restoration, the Boss later received its new paint job and black Boss 302 stripe kit.

A Bonhams specialist test drove the Ford Mustang Boss 302, noting that, not only did it do very well but also looks factory correct. Furthermore, included is a Marty Auto Works Elite Report that comprehensively documents the details of the muscle car. Although this car seems to be made for the Texas and Copperstate 1000 rallies, it would be an excellent cruiser.

How much the new buyer might drop on this car is hard to guess. Similar examples of nut-and-bolt restored 1970 Mustang Boss 302 pony cars have a huge winning bid price of $50,000 to $100,000 at recent Mecum and Barrett-Jackson auctions, but sometimes go for much less when they slide under the radars of high-bidding collectors.