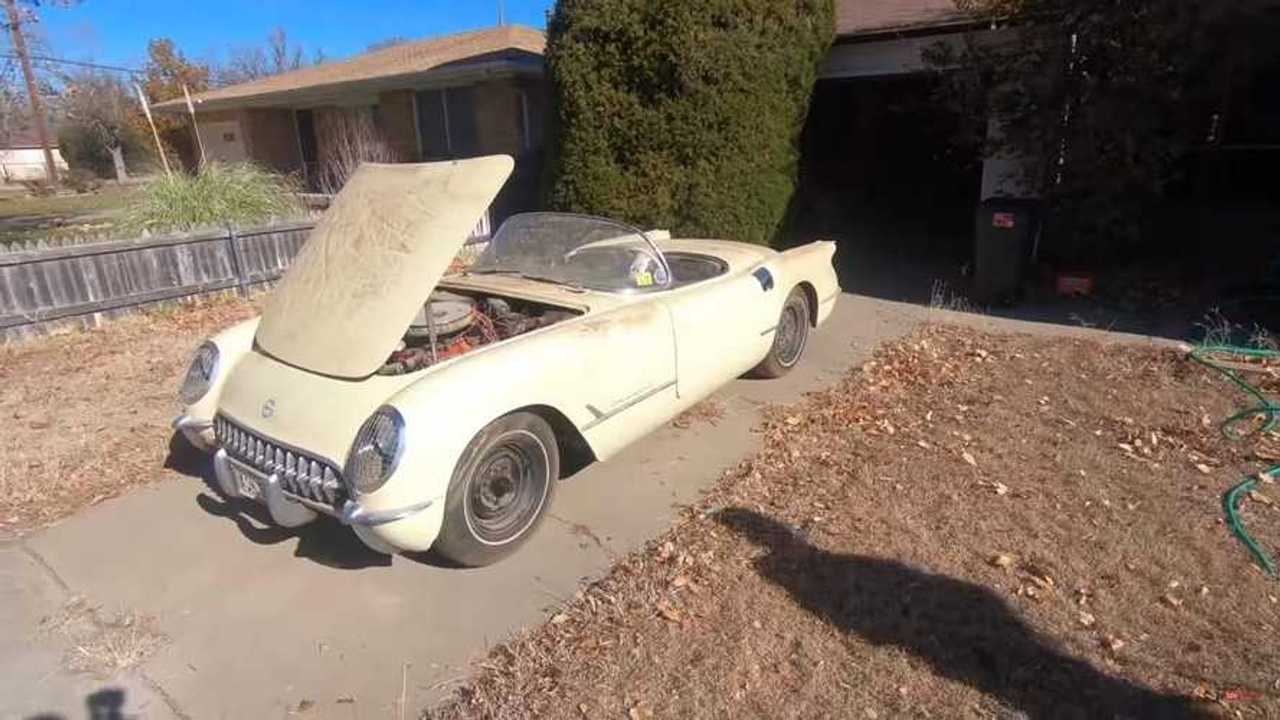 Tucked away for 40 years, this 1955 Chevrolet Corvette looks worse-for-wear in its hiding place – but now it's out, don't even think about trying to buy it.

Anyone who owns a rare classic car like a 1955 Corvette could tell you that car collectors are constantly trying to buy them up, and that’s the exact reason Bob Doucette put his 1955 Corvette into hiding — that, and wanting a safe place to preserve the car.

Doucette has owned the car since his father gave it to him as a late graduation present in 1968. His dad was already a Corvette enthusiast who was fascinated by the cars since the model’s inception. When he bought the car for his son, it was somewhat of a gift to himself to have the car around.

Before the car made its way to the Doucette family, it had the original V8 pulled out and replaced with a 283 bored to a 301 cubic inch engine with a Duntov camshaft. It was also the subject of an amateur restoration that never came full circle, so it was missing some trim throughout, the hood, and stone guards for the headlights.

When it gained the attention of Doucette and his father, it was listed for sale for $600, so they picked it up and drove it the 60 miles back to their West Texas home from where they bought it. From there, the car was restored over the summer, and would get put to good use — the first 9-10 years after, it became Bob’s car, the Corvette was put on an autocross track, drag raced, and entered into car shows.

The car is now parked (and covered in blankets and cloths) in the house Doucette was brought home from the hospital in — Doucette wanted to keep the car close to home, and keeps its location a secret from those who ask where the car has been for the last 20 years. He has become increasingly more nervous about the car over the years, going so far as boarding up the windows of the garage to keep people from being able to look in and see it.

For the first time since putting it up, Doucette decided to peel back the several layers of cloth covering the car, finding small reminders of the car’s past as he does. After finally showing its face once again, Doucette admits that he wants to get it out and clean it up, but for now, Bob covered it back up with the layers of blankets.

Due to its sentimental value, Doucette considers the classic Corvette to be a family heirloom, and selling it is completely out of the question.