Is this Lesovsky-Offy the most beautiful Indy car ever made? 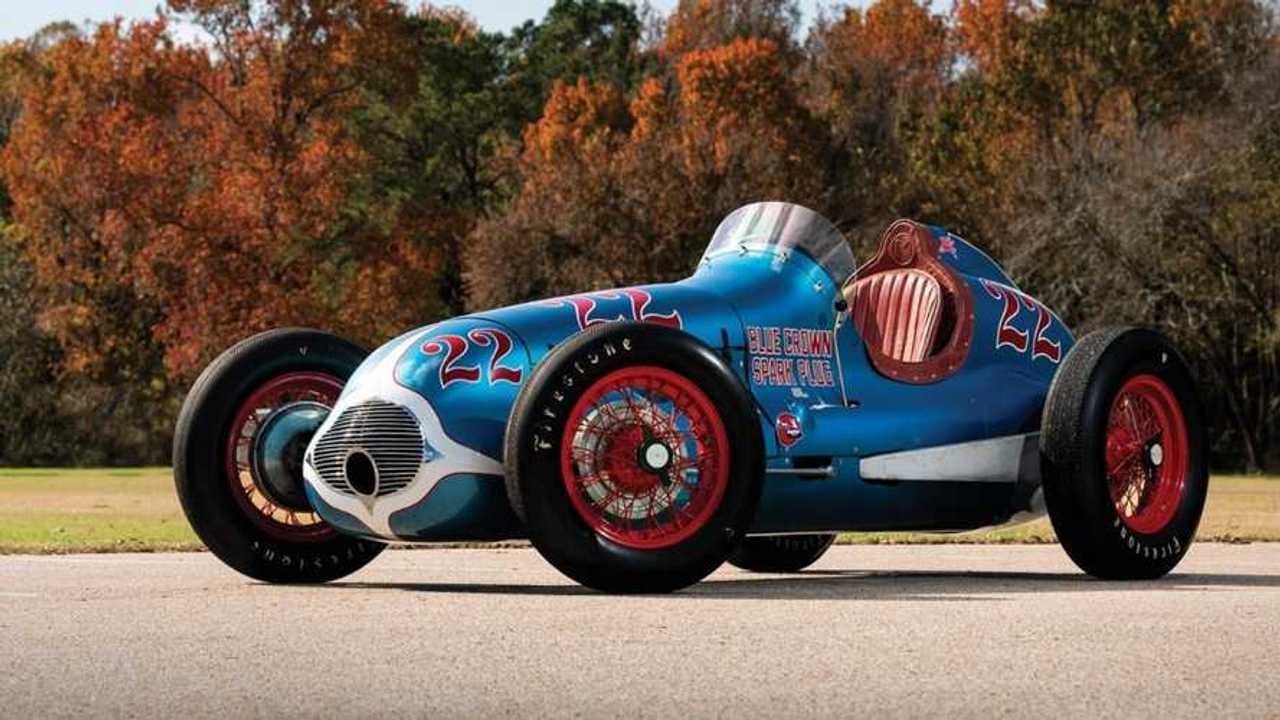 This Lesovsky-Offenhauser Indianapolis racer became known as the 'Blue Crown Special' after its distinctive sponsored livery. Now this beautiful vintage racer is for sale

Over the decades of motorsport there has been many distinctive liveries draped over racing cars. Gulf colours, the Martini stripe, the black and gold contrast of JPS. While many of these historic designs live on today, there are a few that have been forgotten, but are no less mesmerising.

Presented in all of its handsome blue glory, the Blue Crown Special looks fantastic after a complete restoration by vintage race car specialist Jim Mann. Its metallic sapphire shade is detailed with contrasting white and red detailing, including a set of scarlet wire wheels. The car is in exquisite condition inside and out, allowing admirers to be transported back to the roadster era of Indy racing.

This car’s career began in 1948, where the short wheelbase Lesovsky-Offenhauser was part of Lou Moore’s racing team sponsored by Blue Crown. However, things didn’t begin well for this car as it failed to qualify. Lou then sold the car for $8,750 to his crew chief, where driver George Connor subsequently qualified the car 6th and finished 3rd in the 1949 Indy 500.

The car continued to campaign in IndyCar finishing 8th in 1950, though mustered only 30th in ’51. 1952, ‘53 and ’54 with a new owner were poor years for the car, when it again failed to qualify. However, when bought by Malcolm Miller it proved competitive again on the Pacific Northwestern tracks.

A crash in 1955 marked the end of this car’s racing days and, after changing hands several times, a new custodian commissioned Jim Mann to authentically restore the car.

Gallery: Is this Lesovsky-Offy the most beautiful Indy car ever made?