Which of these four custom Chevy Corvette C1s would you buy? 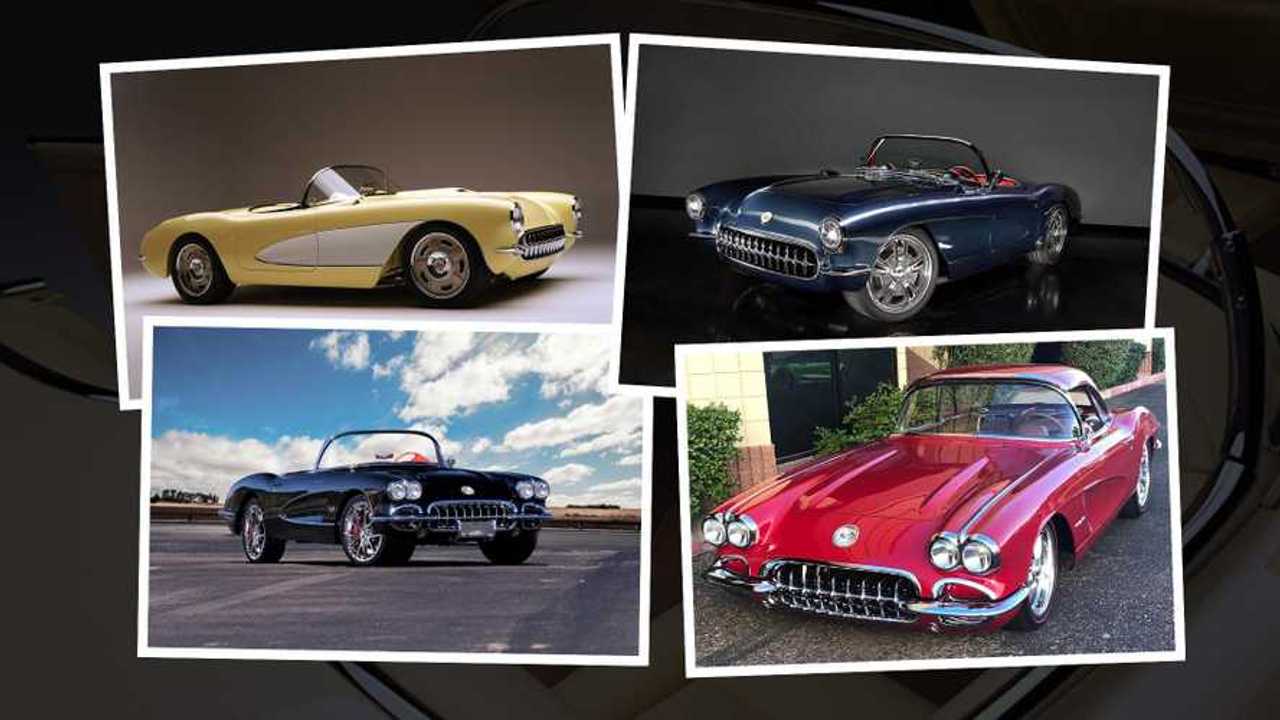 Barrett-Jackson is selling four custom-built first-generation Chevrolet Corvettes. Which one is your favourite?

It’s quite common with car dealers that, after showing you a car that you’ve decided you really rather like and intend to buy, they’ll then say ‘How about this model?’, and show you another they're trying to shift instead. It makes choosing your next car very difficult, and AutoClassics would not apply that tactic when talking about this quartet of custom-built Chevrolet Corvettes, which are all being sold off by Barrett-Jackson during its Scottsdale sale next month.

This 1957 roadster has had a body-off rebuild, with an SRIII Motorsports chassis, and the front and rear suspension from C4 and C5 Corvettes. It has a mighty 6.2-litre 556hp Cadillac engine, a especially moulded hood, Corvette C5-inspired exhausts and a six-speed manual transmission with a vintage Corvette shifter.

The custom leather interior includes a waterfall console panel, one-off machined pedal assemblies and a wood-grain steering wheel, meaning this car oozes style and performance. But it’s finished in Murano Yellow Pearl inside and out, including the engine bay, like a ‘50s motel bathroom.

If you want a no-hit Arizona car, this 1962 Corvette convertible restomod is for you, and has only covered 20 miles since its rebuild. It sits on a powder-coated Art Morrison GT Sport chassis, and has a new aluminum 540hp LS3 hot-cammed engine equipped with polished stainless headers running to four custom-grouped exhaust tips.

It sports an automatic transmission, has a 3.70 differential and is fitted with 15” Wilwood brakes for stopping power. The vintage appeal is lost slightly by the modern touches, with an electric hood, Jensen 9” touchscreen stereo and rear camera. There’s some lovely Brazilian leather, but it’s not quite a proper classic Corvette. But a good one for those who like their restomods extra-modern.

There’s another custom convertible model you can catch, a 1958 model, which hosts a 525bhp 6.2-litre GM Performance engine and a T56 Magnum Tremec six-speed manual - requiring heavy duty cooling from an aluminium radiator with thermostatic control electric fans working in tandem with the air conditioning.

Texas’s Houston Corvette Service applied the modifications, which includes GM’s subtly placed wiring harness and computer, power steering, disc brakes and independent suspension. With a menacing black look, features such as a USB port, don’t look out of place here, but have the looks come at the expense of other exciting features?

The oldest of the three convertibles, from 1957, has a exclusive three-piece luggage set, and is covered in the same leather as the interior, including the trunk straps that hold them. Getting in the car, you’ll notice the seats have moved backwards and have been moulded into the car. They’re covered in red leather just like the luggage set, both contrasting the Supersonic Blue paintjob and black cloth convertible top.

To start the 6.2-litre Gen V LT1 engine, capable of 455lb/ft of torque, you have to press a start button, then use the paddle shifter to go through the eight-speed transmission. The SRIII Motorsports chassis is fitted with modern Corvette suspension, including four QA1 coilovers, and also has modern brakes. To deal with the acceleration and braking power, there are custom-made wheels with Firestone Firehawk Indy 500 tires.

All four Corvettes will be sold by Barrett-Jackson at Scottsdale on January 12-20 2019. So, which one would you choose?

Gallery: Which of these four custom Chevy Corvette C1s would you buy?