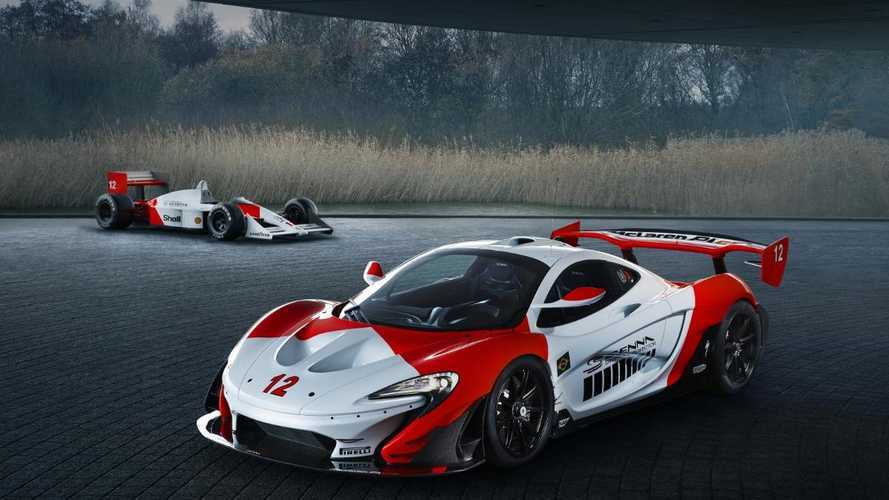 Ayrton Senna is revered by many as the greatest racing driver of his era, perhaps even ever. His raw talent for feeling what the car was doing enabled him to push his machines to the limits and achieve three Formula 1 drivers' titles. To celebrate the 30th anniversary of his first F1 title, (MSO) has created a P1 GTR that harks back to the fabled McLaren MP4/4 F1 car.

Emblazoned with a recreation of the historic Marlboro livery of Senna’s McLaren racer, this P1 GTR was created by MSO for a McLaren collector over a period of three years. It’s not just the distinctive paint scheme that includes a nod to Senna, as Brazilian flags don the doors, along with distinctive Senna badging throughout the car. The car’s carbonfibre MonoCage also host one of Senna’s greatest quotes. ‘I’m not designed to finished 2nd or 3rd… I am designed to win.'

The McLaren P1 GTR is a track-only variant of the British hypercar, built to celebrate 20 years since the McLaren F1 won the 1995 Le Mans 24 Hours outright. Stripped of 50kg and capable of producing significantly more downforce, this £1.9 million ($2.4 million) tour de force was quite the car.

Originally car 12 of 58 produced, this now-unique car has also received a redesigned aerodynamic package that boosts downforce from 600kg to nearly 800kg, courtesy of a new front splitter and Gurney flap. The engine bay has received a new 24-carat heat shield and enhanced engine shrouds.

Inside, the standard P1 GTR racing seats have been replaced with the minimalist carbon posts developed for the . Mechanically, this bespoke P1 GTR retains its 3.8-litre twin-turbocharged heart, although it now benefits from a subtly undisclosed boost in power over the original 968bhp.

The McLaren MP4/4 that inspired this creation was one of the most successful Grand Prix machines of all time. Designed by Gordon Murray, it officially won 93.8% of all races entered and claimed all but one pole position of its 1988 career.

The MSO McLaren P1 GTR is lovingly dubbed ‘Beco’ after the pet name Senna’s family and friends gave the legendary driver. Ansar Ali, Managing Director of McLaren Special Operations said it is ‘great to have the opportunity to pay tribute to our brand’s wonderful history, especially with this year marking the 30th anniversary of Ayrton Senna’s first Formula 1 world championship title with McLaren.’

Is it too late to ask for this McLaren P1 for Christmas?