This 1954 Ferrari 500 Mondial was the ultimate playboy racer 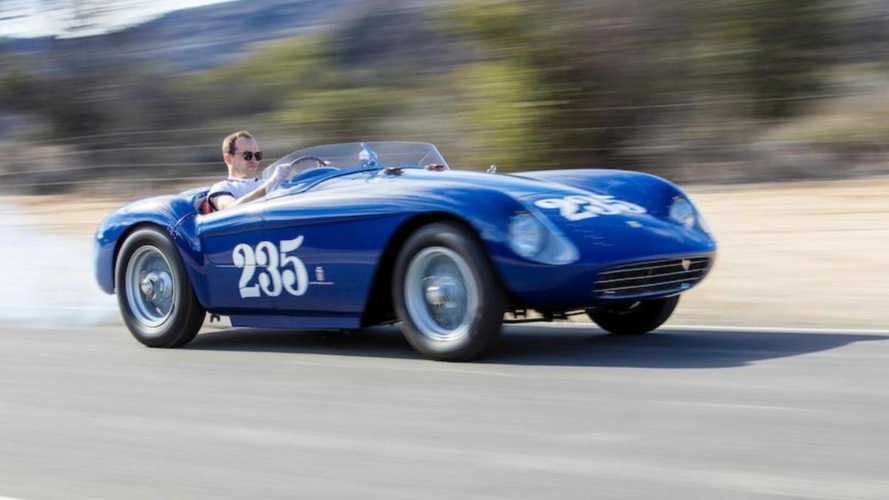 This rare Ferrari 500 Mondial heading to auction was owned by an international playboy, driven by racing legends, and even had a Chevy V8 engine at one point

Ferraris are often purchased by wealthy folk who rarely live up to the exciting performance car they’ve just bought. Back in the 1950s, one of the world’s most famed playboys got his hands on one of Mr Ferrari’s famed road racers, a vehicle that only served to enhance his fast and loose reputation.

The 1954 Ferrari 500 Mondial Series I Spider in question went on to be driven by famed racing drivers and is now up for auction with Bonhams. If cars could talk, this Ferrari would have quite the story to tell.

More iconic cars from Ferrari's past heading to auction soon

As Alfa Romeo and Maserati had done successfully in the past, Enzo Ferrari then leveraged the growing market for customer sports cars piloted by gentlemen racers. Using race-proven engines, the Mondial - meaning world champion - was born.

Coachbuilders Scaglietti and Pininfarina designed the streamline bodywork for two coupés and 25 open cars. The earliest examples of the Ferrari Mondial were ready for the 1954 Mille Miglia, where Vittorio Marzotto drove a works car to a commendable second place finish.

Porfirio Rubirosa was a talented polo player, diplomat, and handy amateur racing driver. Naturally, he wanted a Mondial and Ferrari was only too happy to build him one. His car was the 11th of 12 initial Mondial Spiders and finished in July 1954.

Rubirosa shipped the car to America where he spent some time prowling the streets of New York, before heading to Santa Barbara to take part in the Labor Day races. The car was even admired by none other than James Dean! He qualified second in class and seventh overall, but he didn’t pilot the car for the race with speculation being that he was made a better offer. Instead Johnny von Neumann took to the wheel and eventually went on to own the car.

Neumann became a Ferrari dealer and went on to incorporate the Ferrari 500 Mondial into his own racing team, with famed Ferrari works drivers Richie Ginther and Phil Hill racing car in the 1956 Torrey Pines endurance race. Sadly, the car's engine failed during the race and was ultimately replaced by a Monza 3-litre unit.

The car was sold later in 1956 to Lew Yates without an engine. He decided to fit the exotic Ferrari with a Chevrolet V8 engine to keep running costs low, but would eventually sell it in 1959. After changing hands a few times since, come 2013 the Spider was sent back to Ferrari for a complete restoration, courtesy of Ferrari Classiche. With the original engine destroyed back in the '50s, Ferrari engineers built an exact replica of the original and return the rest of the car to ‘as new’ condition.

This car’s unique history was detailed in an issue of Cavallino Magazine and its provenance also makes it eligible for the modern day Mille Miglia road rally. It hits the Bonhams Scottsdale auction block on January 17, 2019 with no sales estimate given at present.

Gallery: This 1954 Ferrari 500 Mondial was the ultimate playboy racer