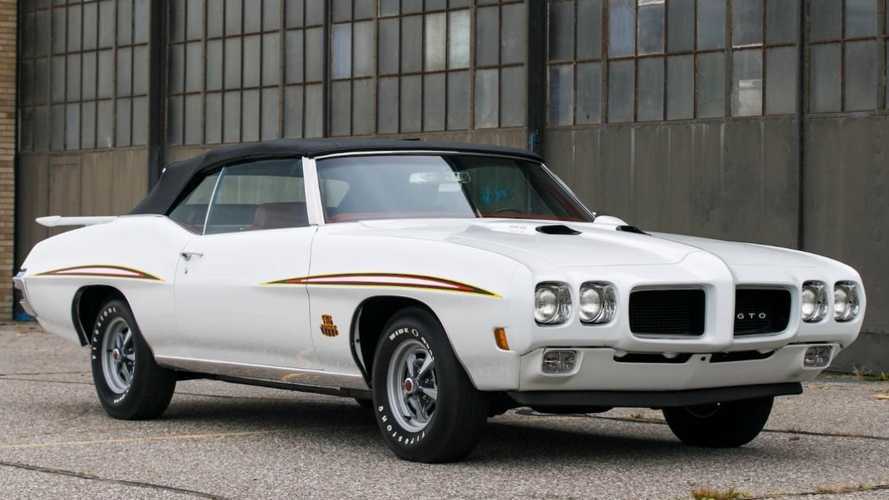 Convertible muscle cars are relatively rare beasts, and this Pontiac makes the most of its uncommon status

Rarity doesn’t always mean value with classic cars, as irresponsible ownership can lead to a car losing much of its value, or disappearing from existence entirely if sent to scrap. Mecum Auctions is selling one of the 168 Pontiac GTO Judge convertibles as one of the main attractions at the Kissimmee Sales on January 3-13, which can also boast to be one of just 14 four-speed GTO models that came with factory air conditioning.

This was built in 1970, and is finished in Polar White with a black top and red interior. The car’s good looks can be attributed to it being well cared for over the last 48 years, with a full body-off rotisserie restoration and less than 600 miles being put on the milometer since.

It can also boast power steering and power brakes, a electric convertible top, bucket seats, a Hurst shifter, AM radio, hood tachometer and Rally II wheels with Firestone Wide Oval tires. These are all high-option additions, marking out this as one of the top line GTO Judges that would’ve been on sale in period. The restoration also gave the car a new-design Endura bumper and revised front end.

A Ram Air III 366hp V8 engine powers the car, and is a matching numbers unit. It’s lack of mileage since restoration is just one aspect of its current level of care, with it being kept in a ‘protective bubble’ in a climate-controlled facility most of the time.