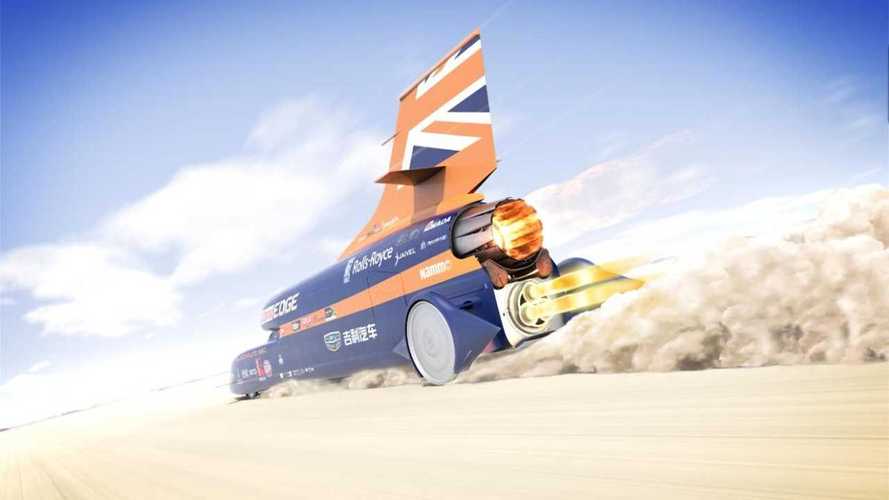 Nobody ever said that breaking a land speed record was easy. Not only is there an incredible engineering challenge to overcome, but designers also need plentiful resources to create a car that pushes boundaries — in today’s world that means money, and lots of it.

Last week we reported on the tragic demise of the 1000mph Bloodhound SSC record car and how it had failed to find fresh financial backing. Today we come to you with the excellent news that the project has been saved!

Whoever said ‘the bell can not be unrung’ clearly didn’t anticipate the events of Bloodhound SSC. The Super Sonic Car was set to raise the land speed record bar with the vehicle finished and undergoing final testing, but the project was stopped in its tracks when funding ran out.

Months of administration failed to find an investor willing to supply the £25 million ($31.5 million) required to set what might be the last record of this kind. Time was called on Bloodhound and we all shed a tear over a hard-fought challenge that seemingly fell at the final hurdle. But its fate has now been reversed, thanks to UK-based entrepreneur Ian Warhurst.

There had previously been a glimmer of hope for Bloodhound SSC, as one potential investor could muster the cash, but not before the deadline. We now know said investor was Ian Warhurst. The administrators say that Mr Warhust has bought the project and its assets for an undisclosed sum of money.

‘Ian has a strong background in managing highly successful businesses in the automotive engineering sector, and he will bring considerable expertise to bear in taking the project forward,' administrator Andrew Sheridan told Autocar.

Mr Warhust previously owned turbo manufacturer Melett until its sale in 2017 and is regarded as one of the UK’s most successful entrepreneurs. Warhust will reveal his plans for Bloodhound SSC in early 2019, delivering renewed hope of a 1000mph land speed record.