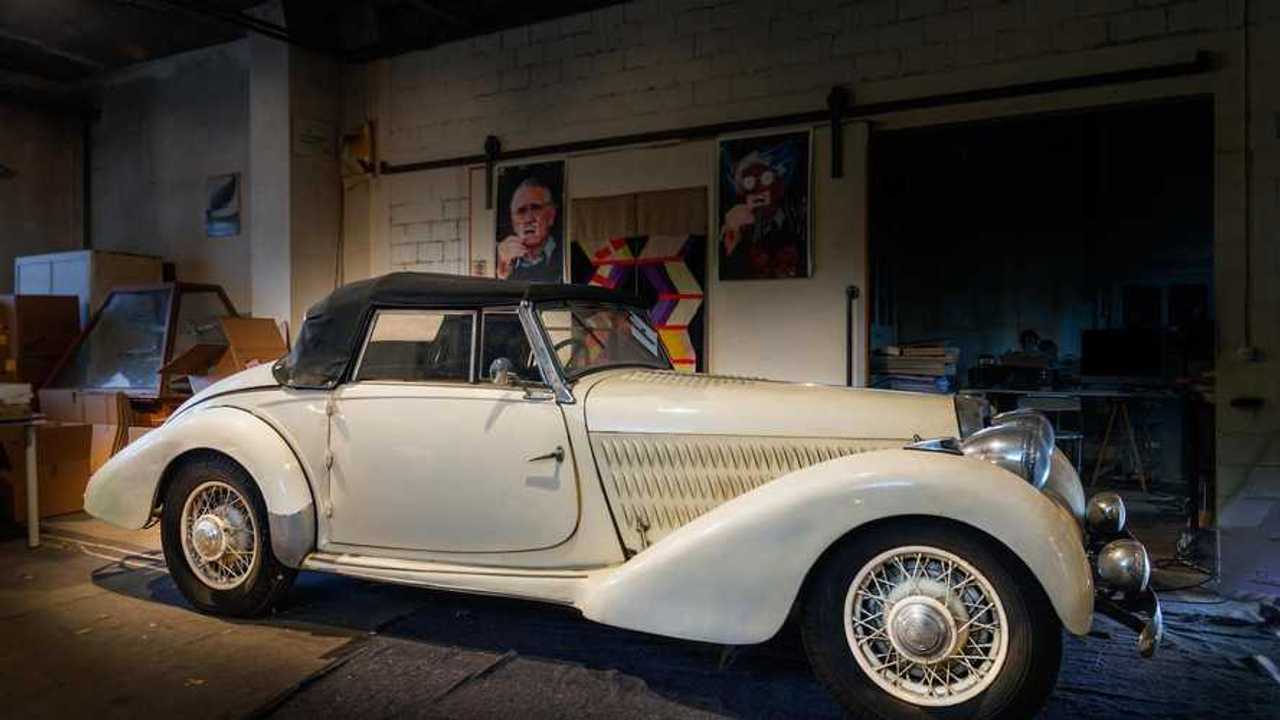 Tucked away in a garage for nearly 30 years, this one-of-12 1938 Talbot-Lago T23 'Baby' is ripe for restoration after decades under the covers

Bonhams is selling one of the rarest babies in the world. Don’t worry, it’s not one of the royal children having being kidnapped, it’s the nickname of Talbot-Lago's’s 4.0-litre T23 cabriolet car from 1938. Not only is the ‘Baby’ especially old, but it’s also a coachbuilt special.

Although the name of the car may seem unusual at first, it follows a long line of Lago-built French cars with similar monikers, such as Minor, Major and Master. Admittedly they all have more presence than the name ‘Baby’, which isn't exactly the first word you'd use for a sports car of its time.

Chassis no. 93035, a right-hand drive short chassis model, had coachwork done by Carrosseries Chausson, and was bought by a Swiss man, who kept the car until 1961. He sold it on to its current owner, who had it on the road until around 1976. It was restored nine years later, and he then kept it mostly in garage storage, not willing to risk this rare classic in being damaged on the roads.

The owner had reason to be cautious though, because there are believed to be less than 12 known Talbot-Lago T23 'Babies' still in existence. Sadly, the owner died in May, and his ‘baby’ is now being offered for sale by his children as a great restoration project.

Obviously with it being kept in Switzerland, in the capital city of Bern to be precise, there isn’t too much restoration required, and the car is exceptionally clean.

A look at the interior shows a nice patina, and the engine has been cleaned out to ensure easy access for whoever takes on the car. It’s finished in white, having previously been dark blue, and has a black soft-top with matching interior.

Accompanying the sale is the Swiss registration papers; the Registre Talbot entry, and a collection of photographs of the car with the late owner’s 'BE 229683' registration plate.