This oft-forgotten 1985 Fiat Campagnola can rival any Jeep 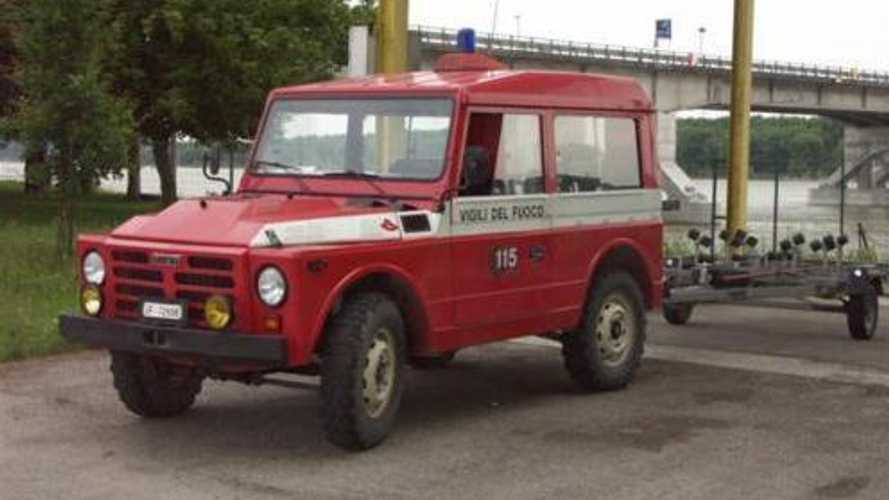 Tired of all those Land Cruisers, Land Rovers, Ford Broncos and Jeeps taking up the classifieds? Take a look at this 1985 Fiat Campagnola – Europe's forgotten 4x4

If you venture into the Italian world of machines engineered exclusively for the home market, you’ll stumble across a plethora of unknown gems. The Fiat Campagnola – Italy’s answer to the indefatigable Land Rover – is one such vehicle.

Produced from 1951 until 1987, the Campagnola provided a mechanical backbone for Italian agriculture and emergency services throughout the defining years of Europe’s post-WWII reformation – even whisking Pope John Paul II off to safety after an assassination attempt on May 12, 1981.

Besides boasting steadfast cultural heritage, these frisky and dependable workhorses make for a great classic purchase. If you can find one, that is. Sold exclusively within Italian borders, only a small number trickled beyond Latin precincts and onto foreign shores, such as this fine specimen on eBay.

It sounds awfully like the same benefits offered by the British Land Rover, and subsequently the American Jeep, but whereas both iconic 4x4s churn out hardcore ride comfort that breaches the UN’s sanctions on torture, the Fiat can muster a far smoother ride over rough ground.

Released from the Vigili del Fuoco during the late 1990s and sold on the civilian market, this 1985 example was never registered – thus still retains original Ministry of Interior paperwork required for export. The Campagnola also comes with the unique red/white livery proudly worn by fire service vehicles. That’s not the best bit, though. The rotating blue lamp, siren and transceiver are still present!

Carefully used and maintained throughout its working life, this Campagnola has forever been garaged. The cabin retains all the original components and unlike so many aged rivals, all the electrics function as they should.

Displaying little over 84,000km upon the odometer and surviving service without incident, the structure and body are sound with healthy paintwork. The only thing to watch for is some micro-bubbling on a limited area of the right-hand sill, alongside a little dent on the bottom part of the right rear body extension.

However, under the bonnet – for anoraks, at least – lurks a dirty secret. The 2445 cc Sofim diesel engine isn’t the bog standard unit. Instead, there’s a 72bhp chain-driven OHC instead of the commonplace belt-driven scheme usually associated with the Campagnola diesel. It runs perfectly, too, with a strong pull designed for military use – capable of traversing outrageous gradients.

So, fancy something different to all those classic Land Rovers out there? Get a closer look at the lesser-known Italian equivalent here.

Gallery: This oft-forgotten 1985 Fiat Campagnola can rival any Jeep