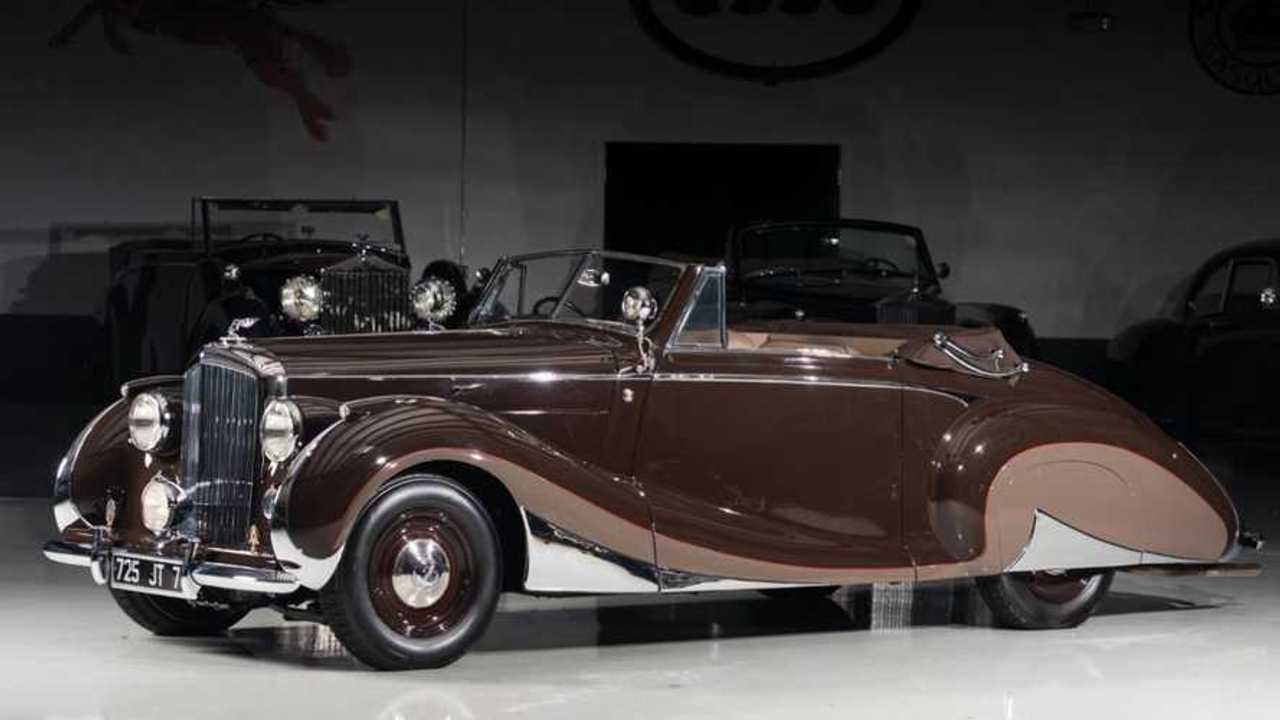 Carrosserie Franay lent his coachbuilding talents to many a car, all of which received huge amounts of attention and have gone on to be top concours vehicles. His work with Rolls-Royce and Bentley in the early post-war years brought French flamboyance to the cars, and this 1947 Bentley Mark VI Cabriolet, being sold by RM Sotheby’s at its January 17/18 Arizona auction, is no exception.

Chassis no. B26BH was commissioned by A.J. Liechti of Saint-Louis, the heir of a paper mill, via Walter Sleator’s Franco Brittanic Automobiles of Paris. It straddles pre and post-war design, with a chromed beltline mould flowing the length of the car, and sweeping fenders that near disappear before emerging again at the rear wheels.

This wasn’t a design Franay used frequently, only experimenting in the same way on one Rolls-Royce Silver Wraith. Leitchi must have loved the job Franay did, as he reportedly drove the car all over Europe.

According to factory records, the car was sold in 1960 to Rolls-Royce Owners Club member Frederick Jones, who took it stateside. He kept the car in the spotlight until it was sold again. Ed Thorpe restored the car in two-tone grey during his ownership, before it headed to Rolls-Royce & Bentley collectors Sam Ornstein and Gene Epstein. The latter was another to restore it, reportedly at the cost of 5000 man hours.

The car was repainted in chocolate brown colours, with Figoni-style chrome accents added along the fenders and sills. The interior was upholstered in calfskin with ostrich skin inserts, with two folding seats behind those at the front. It’s a roomy place. with additional space for a set of fitted crystal stemware and a complete picnic hamper. The main focus of the trunk is the spare wheel. but there is still room for small suitcases.

Epstein won several awards with the car, including a Best in Class victory at the Amelia Island Concours d’Elegance, a feat that was repeated after selling the car. If you’re interesting in adding more medals to this show-stealing piece of classing design, head to RM Sotheby’s website and get ready to bid next January.