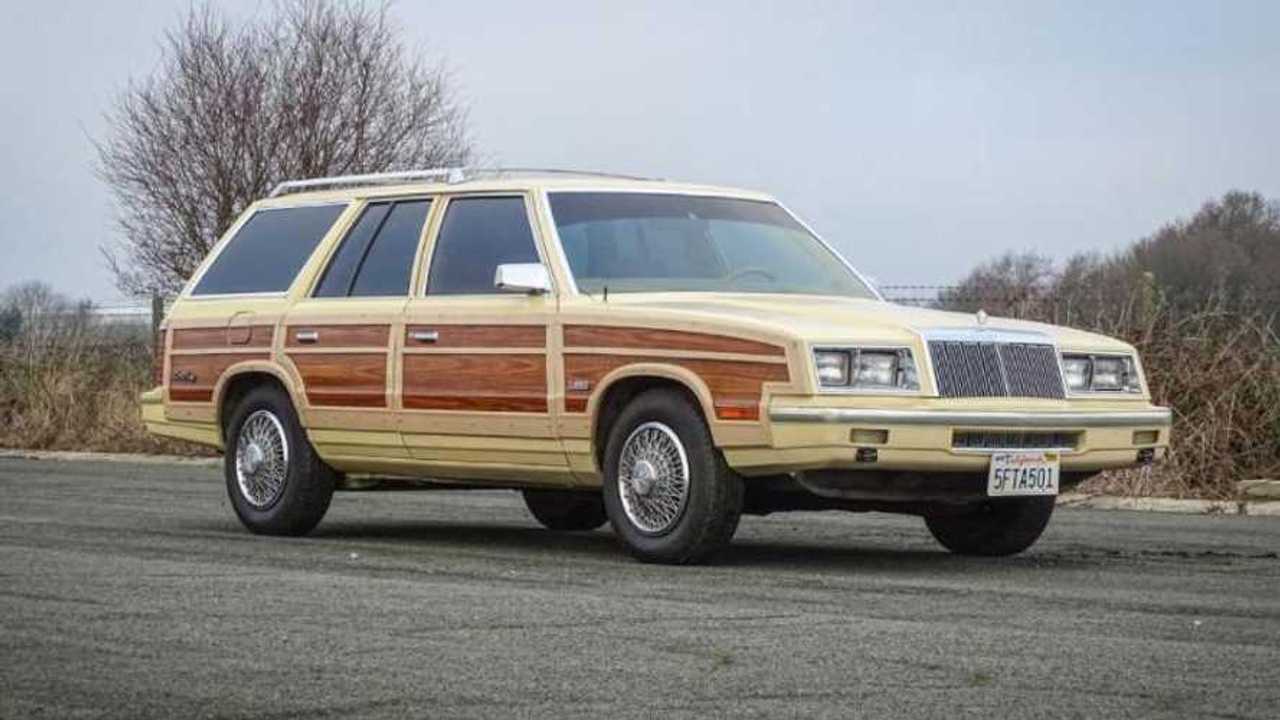 The final car personally owned and driven by Frank Sinatra spearheads a new online-only auction from H&H Classics. Time to do things your way with this 1985 Chrysler LeBaron...

Rumoured to be the last vehicle personally owned by the iconic singer, Frank is reported to have used this rare estate car during the last decade of his public life. Being driven around Las Vegas in this undistinguished – and unexpectedly domestic – ‘Town & Country’ Turbo, the Chrysler offered two-tone leather trim, cruise control and, most importantly for a Nevada climate, a solid air conditioning system.

It may look like a Volvo mated with the contents of Ikea’s latest sale, but the 1985 Chrysler LeBaron Town & Country Wagon hit a nostalgic sweetspot with Ol’ Blue Eyes. Powered by a 99bhp 2.2-litre indirect injection four-pot, breaching 60mph from a standstill in 14.2 seconds and continuing on to a top speed of 94mph, Sinatra clearly wasn’t interested in outright performance.

Rather, with ‘Woody’ station wagons dating back to the 1940s, this style of American car was said to be one of Frank’s favourites. Legend states that The Sultan of Swoon enjoyed his first break in the music industry not because of his voice, but instead because of his Chrysler ownership. Using his green Chrysler convertible to travel from gig to gig, as Sinatra later taught us, it was all about style…

Driven by Frank and his chauffeur for the first six years of its life, the 1985 Chrysler is supplied with copies of the certificate of title with Sinatra's signature, also stating Frank Sinatra's name along with 'c/o Nathan Golden' (chauffeur) with the address of 70855 Sinatra Drive, Rancho Mirage, CA 92270.

One intriguing extra feature over normal specimens remains extra heavy window tints, veiling Mr Sinatra from the prying eyes of Vegas paparazzi. Although largely uncelebrated in the cultural world, Sinatra’s 1985 Chrysler LeBaron Town & Country Station Wagon is hailed as one of his most important cars; alongside the singer's Lamborghini Miura, Lincoln Continental and Dual Ghia.

'H&H Classics have always been the market leaders when it comes to introducing new technologies, whilst embracing the tradition of our industry. At present approximately 30.6% of all sales take place online – which provides us with a strong foundation to introduce this exciting ‘live’ auction online format,' said H&H's Iain Burt, of the decision to sell Sinatra's LeBaron online.

New for 2019, H&H Auctions will work the new online system with images and video alongside a detailed description, giving bidders more information than ever before. This is stated as a cost saver for those selling their vehicles. Even if you have the budget of Frank Sinatra.

Registration for online bidders is free, with the systems taking care of the transaction. On receipt of cleared funds, you will be able to collect your vehicle directly from the seller. Fancy giving it a try? Get a closer look at Frank Sinatra's 1985 Chrysler LeBaron Town & Country Station Wagon here.

You can find out more about the new H&H online classic car auction here.