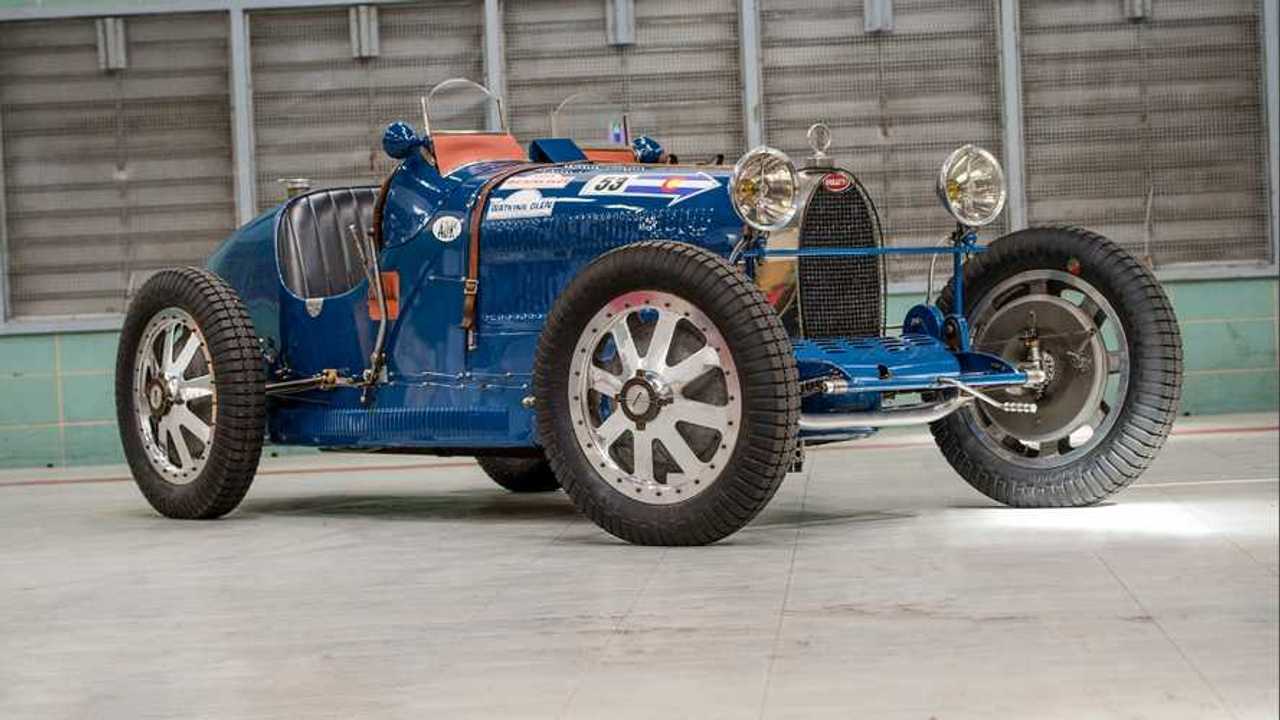 A driver so famous in Bugatti circles that they named a car after him, Louis Chiron racing this classic Type 35A gives it strong provenance – now it's heading for Scottsdale to be auctioned

One of the most famous Bugatti creations is the Type 35, which through several iterations became one of the world's most successful racing cars of all time. Worldwide Auctioneers is selling a Type 35A Grand Prix car with real grand prix experience at the Scottsdale Auction on January 16 next year.

The model is from 1925, and was raced from then until 1942, including in several grand prix races. In period it was driven by the likes of Louis Chiron, who was Monaco’s best racing driver for two decades, winning 19 grand prixs, the Spa 24 Hours and Monte Carlo Rally. The car itself raced in the 1925 and 1926 Provence Grands Prix, and was owned by none other than Chiron’s racing patron Fred Hoffman.

It’s finished in a deep blue colour which many Bugattis sported during their racing careers, and is still shown with the decals from its last race appearance. On the left-hand side of the car is a spare wheel. No technical specs are given with the listing, but all Type 35A cars had inline-eight engines, three valves per cyclinder, drum brakes and were real-wheel drive – all attributes we expect this example retains.

‘Documented by the American Bugatti Club and well-known by marque experts this is sure to be one of the most desirable motorcars offered at Scottsdale this year, wholly worthy of its headline status,’ said Rod Egan of Worldwide Auctioneers.

‘It presents the serious collector with a matchless and thrilling opportunity to own a remarkably correct pre-war racing icon. Having toured 4600 miles through Europe in 2017 it is absolutely ‘on the button’ and ready to vintage race, show, tour, and enjoy!’

The fact it is an absolutely authentic original and yet still able to take on long distance drives is not only down to the brilliance of Bugatti’s engineering, but an extensive and documented restoration process. Its last race victory came less than 10 years ago, winning the 2009 Monterey Cup at that year's Monterey Motorsports Renuion, an annual fixture of Monterey Car Week.

As for the car's value, Worldwide Auctioneers hasn't released an estimate. But we reckon this Type 35A car could be worth anything between $400,000 – $600,000 going off previous sales of Type 35 cars and its racing heritage with marque legend Louis Chiron – albeit not at any major international grands prix. To find out more about the auction, visit Worldwide Auctioneers’ website.