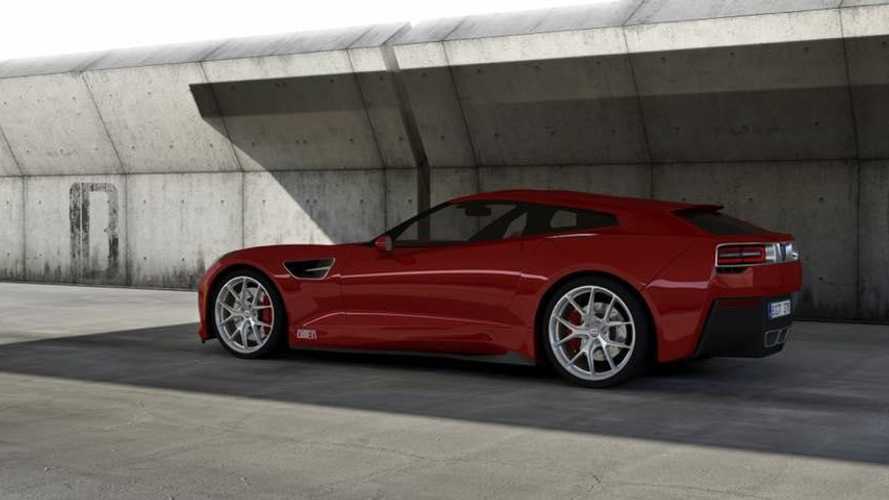 45 years after starting production of its CD supercar, Bitter is planning a comeback to the shooting brake conversion business with a Corvette-based model

German automotive firm Bitter has spent most of its recent history tweaking bog standard Opel models such as the Insignia and Adam. But in its past, Bitter made something of a pin-up supercar, the 1973 Bitter CD, a shooting brake evolution of the Opel Diplomat, fitted with a Chevrolet V8 and running gear.

Wind the clock forward 45 years and Bitter is plotting a shooting brake comeback, this time based on the Chevrolet Corvette C7, with only 20 conversions set to be produced.

More importantly however, it marks a return to Bitter’s origins as producers of stylish CD shooting brakes. Starting work on his creation in 1971, Bitter purchased Opel chassis parts directly from Rüsselsheim and got to work tweaking the Diplomat’s suspension, while carrying over the base car’s Chevrolet running gear and its 5.4-litre V8 motor.

Bitter hasn’t released any technical specifications for its proposed Corvette shooting brake creation, only offering up a pair of renders for what its planned conversion will look like. Given the base Corvette C7 coupe’s 0-60mph time of 4.2 seconds and top speed of 180mph, we expect it’ll be the quickest car Bitter has ever built by far, even when factoring in the extra post-conversion weight.

Given founder Erich Bitter’s track record of being able to acquire models for conversion from various arms of GM like Holden and Opel in the past, we don’t doubt their ability to source the 20 Corvettes. It’s just a question of money, with several of Bitter’s past creations, such as the 2003 Bitter CD2, unable to get past the concept phase and reach production.

Claims by Bitter on social media suggest they’ve already taken two orders for their new shooting brake out of a planned 20 examples. Bitter has also stated it plans to debut its Corvette shooting brake at the 2020 Geneva Motor Show – the same show where its CD2 concept appeared for three consecutive years.

Ultimately, it has a high benchmark to meet – the original CD’s Pietro Frua-inspired design remains the niche German manufacturer’s signature design to this day.