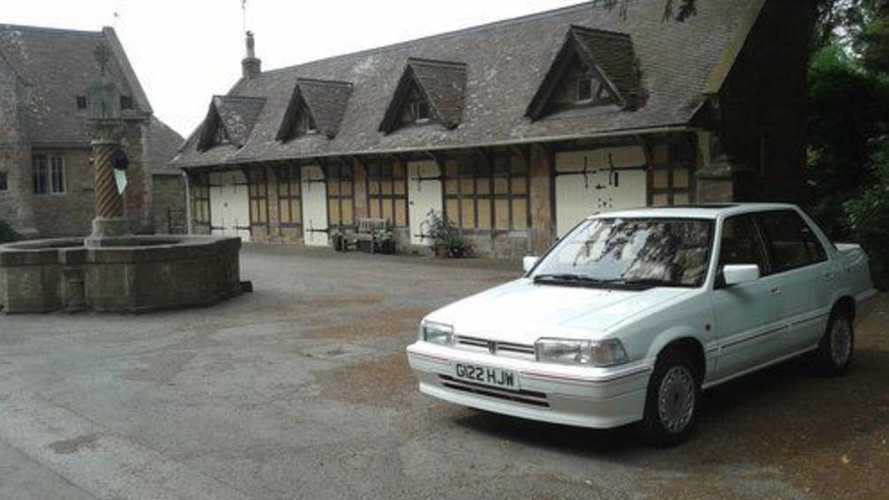 Rover's 216 SX may boast the same elegance as a brick with coachlines, but the saloon remains culturally significant enough to warrant saving. Here's why

Regardless of what naysayers may tell you, the Rover 213/216 was a proven success. Opening the cultural floodgates for future joint-ventures between Honda and Britain’s Viking longship, the bilateral partnership offered a dependable vehicle with British badging and market-leading efficiency.

While a culture shock to those who knew Longbridge of old, a sweet-running Japanese drivetrain and a steadfast reputation for reliability soon found Rover’s collaboration within the UK top 10 seller’s list. During a period of dark financial times for Britain's car industry, the nimble 200-series brought stability and a breath of fresh air to proceedings.

By the end of its production run with almost 500,000 examples rolling off the factory line, the 200-series out-sold the Maestro and Montego; vehicles originally destined to save the company outright. However, there was one hefty downside to 213/216 ownership – rust.

All-round reliability may have been second-to-none, but the bodypanels and frame suffered from substantial rot along every sill and up every panel. As a direct consequence, alongside a stodgy image with Generation X and millenials, very few remain on modern roads.

Due largely to bandwagon bashing from uneducated Clarkson-watchers, when it boils down to collectable Rovers, nothing seems accepted post-SD1. The 213/216 appears relegated to automotive history; a vehicular asterisk in culture’s status chamber. It existed, and that’s that.

Yet, as a staple of 1980s Britain, the model is worthy of preserve. There is an underground movement who follow this belief, too – already having conserved this Rover 216 SX 1598cc saloon. And it's for sale!

Originally a Rover Group demonstrator during 1989 and 1990, the 216 was bought as an ex-demo by a lady in Bromley, South East London, until she retired from driving in 2012. Since then, the Rover has only been driven in summer months and to local car meets. As such, it's also been displayed throughout various classic car shows, and would continue to impress drivers of yesteryear with rose-tinted spectacles.

Manufactured in August 1989 and registered on February 1, 1990, this was one of the last Rover 200 saloon vehicles to be made – ‘SX’ designating a final ‘roll-out’ models. In Diamond White with red piping trim and rare tan leather interior, there’s only 24,300 miles on the odometer and a fully documented servicing history offered alongside.

Despite what the Rover’s eBay listing states, HowManyLeft indicates that only one 216 SX is taxed and running - most likely this one, given that since 2015 one example has been taxed in the summer and not winter, matching this car's description.

To add further clout to the sale, a ‘relationship breakup forces very reluctant sale. Truly stunning car and will be sadly missed’.

Ideal for an enthusiast to take forward into the upcoming decade, the 213/216 remains a rare sight on today’s roads. Go on, save this underdog and house something more exclusive than a Ferrari. Get a closer look at the 1989 Rover 216 SX here.

Gallery: This Rover 216 SX show car is the only one left running