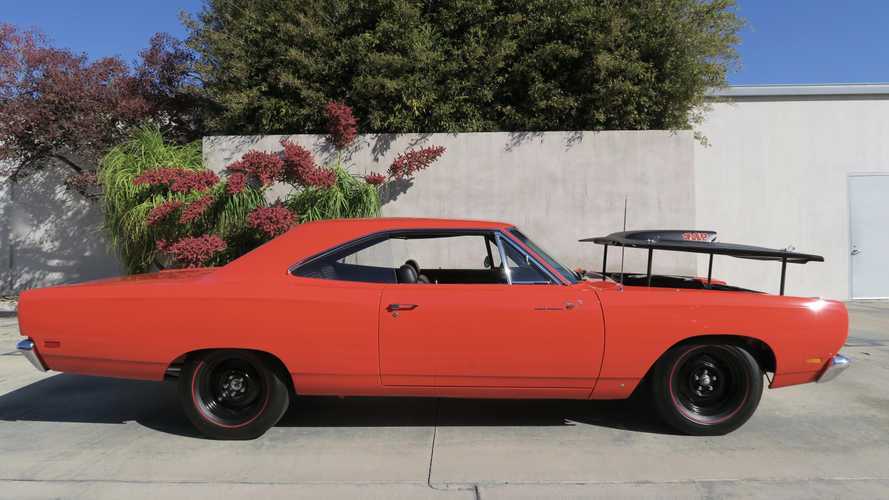 This Plymouth Road Runner '440 Six Pack' is just one of 442 with a four-speed gearbox. A recent ground-up restoration makes this muscle car ideal for a collector

Muscle cars are true ‘power to the people’ machines that put high performance in the hands of those who could only ever dream of owning a Ferrari. Competition in the US arena was tough. with just about every manufacturer wanting to deliver the American dream to your driveway. The Plymouth Road Runner delivered on ‘bang for your buck’ and now there’s a rare example in our classifieds.

Designed to undercut many of its competitors, the Plymouth Road Runner represented great value for money. However, the horsepower wars meant that its more costly rivals got the spotlight more often.

Plymouth reportedly paid $50,000 to Warner Bros to use the Road Runner name and likeness before creating a back to basics’ performance car. The focus wasn’t on luxuries and fancy bodywork, but the substantial 6.3-litre V8 in its nose. For another $714 you could get a HEMI under the hood.

As the years went on more options were made available and power boosted further with various packages. The Road Runner became a great platform for specifying your dream muscle car and surpassed Plymouths sales expectations as a result.

This distinctive 1969 Plymouth is said to be 1 of just 442 cars fitted with a four-speed gearbox, making it something of a rarity. Dubbed the ‘440 Six Pack’ these cars are denoted by their 390hp 440ci engine, steel wheels, a fibreglass lift-off hood, and substantial hood scoop. These models often referred to as M-code cars as their VINs all ended with, you guessed it, an M.

The car appears in excellent condition and is predominately original. Some modifications have been made, such as switching the 4.10 DANA rear axle for a 3.54 to improve drivability. As with most muscle cars, the engine has been tinkered with and upgraded with the 505ci stroker kit. This Road Runner is also the beneficiary of a complete ground-up restoration from well respected Mopar restorer Julius Cars which used original, or new-old parts, for the job.

This Plymouth Road Runner is currently listed with the Motor Car Company with pricing upon appointment. The good news is that they are willing to ship the car worldwide to its new owner.