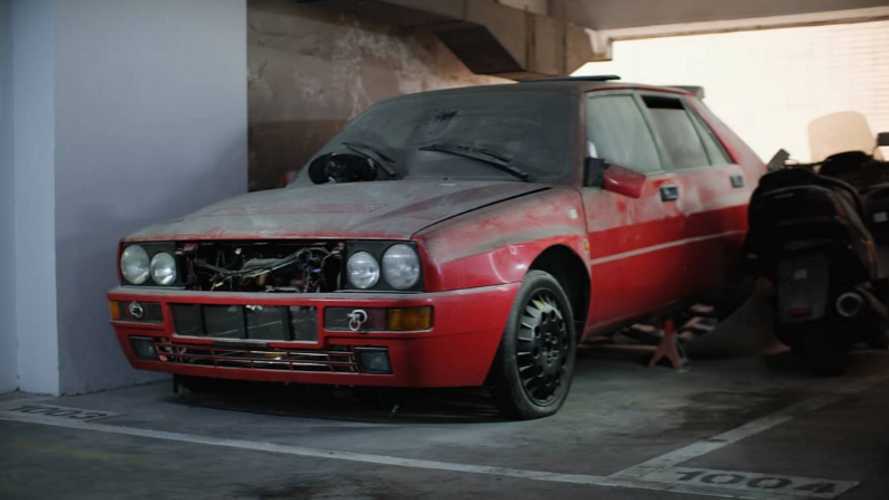 Organ donors are the unsung heroes of our world, and this homologation special Lancia is doing the automotive equivalent

All of the best heroes put the lives of others in front of their own. Their selfless acts make us love them even more, but we have to remember that one day such an act may be their last, which is looking worryingly close for this Lancia Delta HF Integrale Evoluzione based in Hong Kong.

The special administrative region of China is home to a surprisingly large variety of cars but, as the world’s fourth most densely populated region in the world, there isn’t much space for garages selling spare parts. Hence there is a system of donor cars, and the Lancia Delta market in the autonomous city state is serviced by this poor car.

It may look abandoned, but it’s just doing its duty handing out its internals, and seemingly a wheel, and has been snapped by Hong Kong car spotters Michael Tracy (@carsofhongkong on Instagram) and his friend Dave (@hongkong_car_spotter on Instagram).

The unusual, and quite painful sight of seeing this homologation special Delta missing a wheel and looking worse for wear in a residents’ car park is a world away from the beginning of the car’s life, where it was designed to serve Lancia’s desire to field the best car in the World Rally Championship, at that point running to Group A rules.

Lancia won 35 rounds of the WRC with the Integrale, and eight world championship titles between 1988 and ‘92. The Evoluzione model was introduced for that final season, and won the constructors championship. The road car had four-wheel drive, a two-litre turbocharged 16V engine capable of 207bhp and a wider body. If you want to buy a full Evoluzione car, rather than the remaining parts of the Hong Kong car, then you’ll probably be in need of more than £50,000 ($63,120, €55,440).