Watch this Mercedes 190E Evo II tear up the Nürburgring 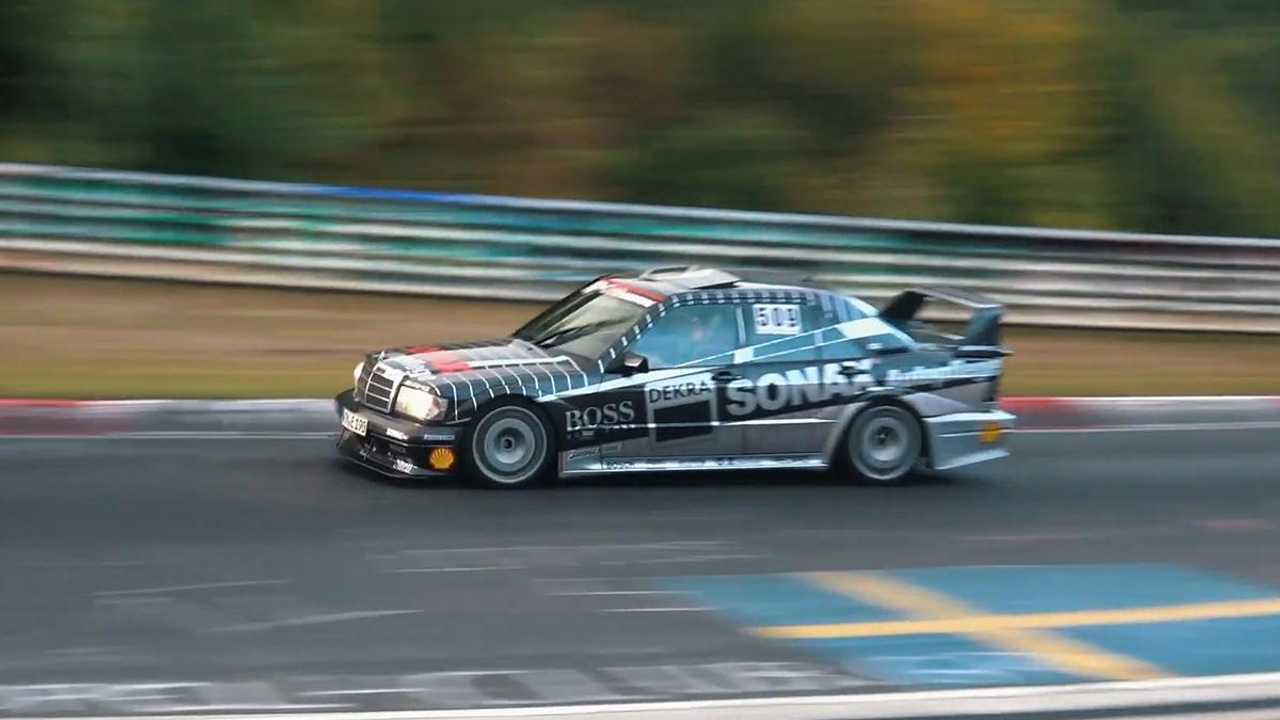 Inspired by its DTM counterpart, the Mercedes-Benz 190E 2.5-16 Evolution II is one of the three-pointed-star's most hallowed cars. No wonder it's so good around the Nürburgring

YouTuber Automotive Mike recently visited the Nürburgring Nordschleife, catching a glimpse of the very rare, very loud and very important Mercedes-Benz 190E 2.5 16 Evolution II. And what a sight to behold it is.

The 190 E was Mercedes-Benz’s leading fuel injection model, a technological battleground for the German marques in the late 1980s and early ‘90s. Old rival BMW was literally outperforming it at the time with its M3 Sport car, and so Mercedes-Benz responded with an Evolution version of its 190 E in 1985.

Four years later it updated 2.3-litre four-cylinder 16-valve head machine, which had been influenced by famed engine builder Cosworth due to the original intention for the car to go rallying. The upgrade, named Evolution II, had more factory support for the racing programmes, and had a larger 2.5L engine, capable of 367hp with some tuning.

In the game of chess the German manufacturers had been playing on the road and track, Mercedes-Benz had made the right move. Not only did the high-power 190 E prove incredibly popular with racing fans, prompting the road going cars to sell quick, and resell at prices north of $200,000.

It also took bragging rights in the DTM with a one-two-three finish in the 1992 standings with Klaus Ludwing, Roland Asch and Bernd Schneider. No wonder then that this Evo II owner has dedicated the paintwork on his example to the factory black and silver Sonax colours, sported by both Ludwig and Schneider on their way to victory and title successes.

There were only 502 Evolution models built in total, with many residing now as static displays. So if you get the chance to see one in the flesh, especially on a race track as fabled as the Nürburgring Nordschleife, then you are one very lucky person. Mike’s video captures the auditory brilliance of the Evolution II, as well as its visual presence, including an on-track duel with someone driving a Ferrari road car.