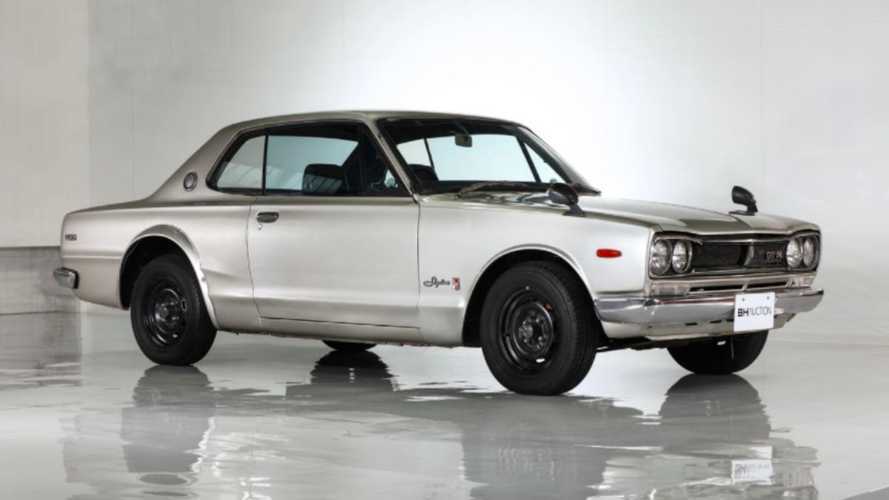 Finding an unmolested Nissan Skyline C10 is difficult enough, yet an S20-powered example boasting only one owner over the last 46 years? Surely impossible…

Without bogging down into history and engaging in tribal warfare, Nissan’s Skyline remains the epitome of full-scale horsepower. Divisive, ultimately tuneable and draped in cultural heritage, nothing seems to trump Nissan’s powerhouse on the Japanese car scene.

First stalking unwary motorists back in February 1969 and christened the PGC10 within company boundaries, the revolutionary road-going tarmac rocket was quickly dubbed the Hakosuka – slang for 'box-shaped Skyline' – by petrolheads smitten with Nissan’s new livewire. Employing a 2.0-litre S20 straight-six engine (a revised production variant of the 1966 Prince GR8 engine from Prince/Nissan's R380 racecar) and producing no-less than 160bhp, the GT-R mantra was born.

Starting out life as a saloon, the two-door coupé debuted for October 1970 before customers could first acquire the vehicle in March 1971. Stripped of unnecessary equipment and fast to gain victory upon the racetrack, only 1197 first-generation Skyline GT-R models were constructed, with each and every unmolested survivor in original condition commanding top dollar.

Ultimately rare and seldom seen, for those of a Japanese car culture persuasion growing up outside the Nippon region it was a car which adorned bedroom walls in poster form. The coupé model remains perhaps the ultimate collectors item.

Remarkably original and having retained the original powerplant since conception in May 1972, there are certainly few genesis models out there in this condition. The interior looks barely used, with the silver exterior paint unblemished and scuff free.

Under the hood is clean and tidy, with only the faintest whiff of rust etched upon the under carriage. For a vehicle clipping half a century old, the overall condition is remarkable.

With the succeeding generation of GT-R inbound for September 1972, the first-generation model didn’t last long, yet the impression and edifying effect hit automakers and car aficionados like a bomb blast. The production run may only have lasted a short 18 months, but the car scene had been changed forever.

As far as Japanese automotive car culture goes, this Skyline GT-R could just be the purchase of the decade. Get a closer look here.

Gallery: Meet the Nissan Skyline GT-R with a single owner since 1972