Think one L88 Corvette is rare? How about a matching pair! 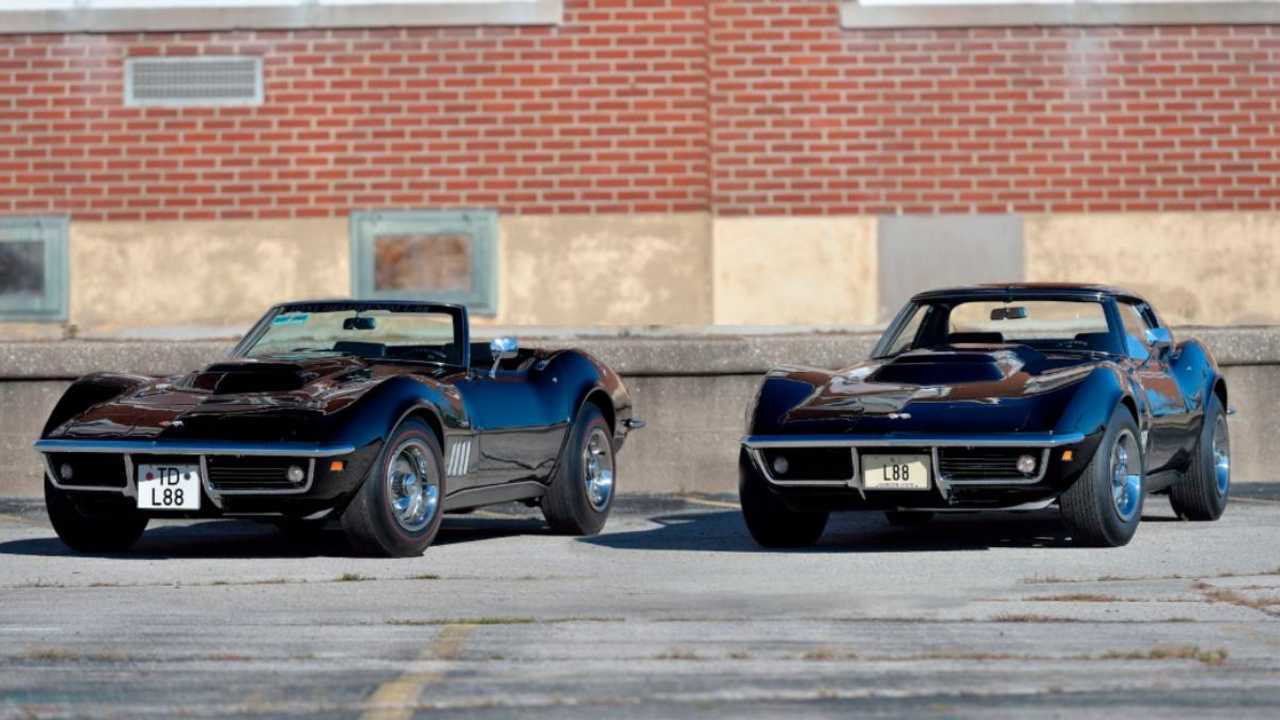 Between 1967-69, Chevrolet produced the L88 Corvette, which quickly became one of the most desirable and rare Corvettes. Only 216 were made, and all included the L88 247/430 HP V8 engine. At Mecum’s Kissimmee auction next January, a pair of these rare cars will be going up for sale. One is a coupe, and one’s a convertible, and they’re both in excellent condition.

When the coupe was first bought, it was left in the dealership, and when finally collected was taken straight into storage. By the 1990s it had changed owners and has since chalked up 2000 miles. It has a black interior, rally wheels and Firestone blackwall tires. Its original engine comes with open-chamber aluminium heads exclusive to the late-production cars, and it has a Muncie M22 ‘Rock Crusher’ four-speed. There are several performance enhancing features, including tailored suspension and disc brakes, and a transistorized ignition.

In 2004 this model became an award winner after a careful restoration. Off the back of this it then ended up being invited to car shows, and had further work done on the engine to ensure its at the highest standard. Accompanying the sale of the car is a letter from the Wigder Chevrolet dealer that sold it, explaining the strange story of when the car was first sold.

The convertible L88 was first owned by Tony DeLorenzo, a frequent and successful Corvette racer. During the height of his competitive run, he bought the L88 to use as his daily car. There is only one other L88 convertible in the same spec as his, mostly due to its racing-focused credentials rather than in-period worth as a road car, and DeLorenzo spent $1032 on having the car as he liked it with Chevrolet’s option package. To put the level of customization into perspective, the car’s purchase price was $4438.

Much like Corvette chief engineer Zora Arkus-Duntov had wanted the car to be known for its racing credentials, DeLorenzo made his L88 closer to a track model, adding chromed Kustom exhaust headers and side pipes. In 1969 he sold it on to a Pan Am pilot, who raced it in Europe to such success that his rivals bought the car from him to stop him winning. It returned to the track, and was eventually sold back to America and restored by the same Houston-based Naber Brothers that worked on the coupe.

It too is an award winner, and has a European license plate signed by DeLorenzo. Correspondence between DeLorenzo and one of the car’s buyers is included in the sale, as well as FIA homologation papers and photos of it racing.

Gallery: Think one L88 Corvette is rare? How about a matching pair!