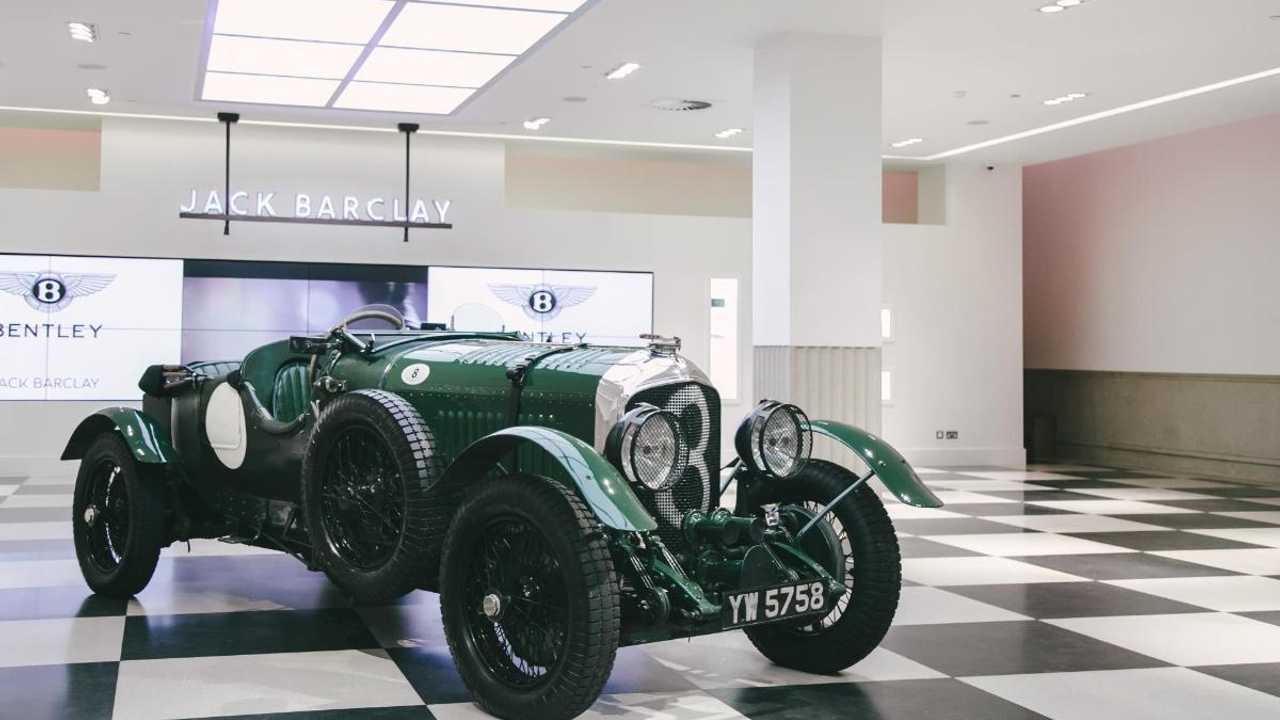 James Barclay's showroom is already a part of Bentley history, and now it has his Brooklands 500-winning 4½ Litre car

The Jack Barclay showroom in Mayfair, London is Bentley’s largest and oldest dealer in the world, and now has a car to show for it. Recently delivered to the showroom is the massive Bentley 4½ Litre, the car that won the inaugural Brooklands 500 around the Brooklands oval in 1929 in the hands of none other than Jack Barclay, the founder of the showroom.

Barclay was one of the ‘Bentley Boys’, a group of wealthy enthusiasts and boy racers who turned out to be some of the most successful drivers of their era, with multiple victories at the Le Mans 24 Hours their most impressive achievements. In 1928 Woolf Barnato and Bernard Rubin won at Le Mans in a 4½ Litre car, there was also a second place finish in the French Grand Prix where it rivalled Bugatti, much to the annoyance of its founder Ettore Bugatti, and a 24-hour distance record set by Mildred Bruce.

All 4½ Litres were equipped with a four-speed manual, with the engine in the front of the car and the power going through the rear wheels, and were assembled in Bentley’s Cricklewood factory.

It has been over half a century since the car last appeared in the showroom, which was founded two years before Barclay’s historic victory. It was originally in a different location, before moving to its current site in 1954. The return of the iconic car attracted quite a crowd, including a publishing group making a book on Bentley’s centenary, taking place next year. One whole chapter of the book will be about Barclay’s history with the brand.

His dealership is now managed by H.R. Owen, and has been renovated to modern standards, but to a vintage style. Many of the original design features are still present, including the chequerboard floor and Art Deco signage.