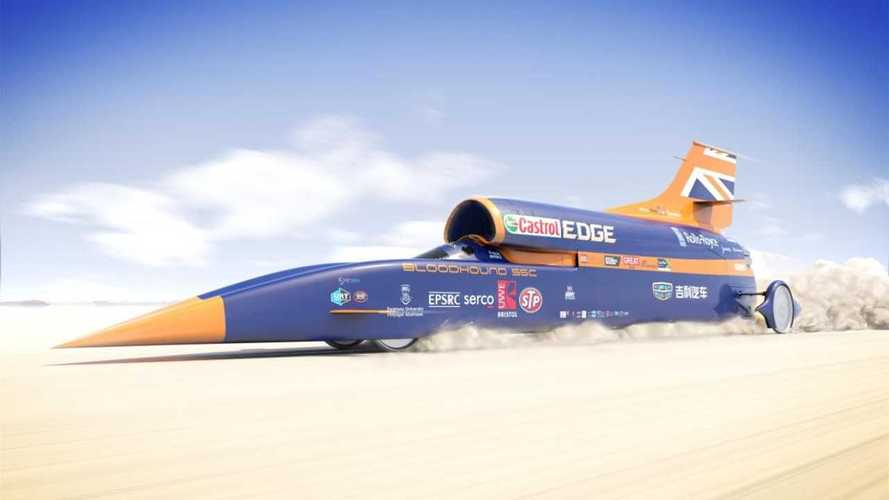 Despite efforts to save the company behind Bloodhound SSC's 1000mph land speed record attempt, no buyer has been found, bringing the project to an end

Land speed records have long been a statement of national pride and engineering prowess, albeit more people have failed attempting to go faster than break a world record. The Bloodhound SSC was set to become the first car to ever breach 1000mph, but financial difficulties put the project into administration earlier this year. Today we deliver the sad news that no new investors were found and that the Bloodhound project is officially dead.

Designed to race across a riverbed in South Africa in excess of Mach 1.3, the Bloodhound SSC represented some of the most innovative British engineering there has ever been. The 42ft long car was powered by a Rolls-Royce jet engine from a Eurofighter Typhoon and a rocket booster to generate the required 47,959lb ft of thrust. Special aluminium zinc alloy wheels were designed to rotate at speeds of 10,200rpm and withstand the extreme friction generated during a record run.

Aerodynamically speaking, Bloodhound needed to create a fine balance between downforce and minimal drag to keep the car controllable at these outrageous speeds. Every camber and angle was carefully modelled, simulated, and applied to the vehicle.

The aim was to raise the land speed record by 33%, the greatest increase ever seen, likely making this the last of such record attempts. Andy Green was to drive the car to glory on a specially prepared riverbed in Africa using his experience as an RAF pilot and previous record holder in Thrust SSC - the first supersonic car.

When the project went into administration back in October, an Autocar interview with administrator Andrew Sheridan made things sound positive.

'For some companies and wealthy individuals, the amount needed is little more than loose change. And it’s a fraction of the cost of funding a team to finish last in an F1 season, or running an America’s Cup team' he stated.

To reach 1000mph Bloodhound needed £25 million ($31.9m) in additional funding. The car has previously done a 200mph test run in the UK, but at this point that is the only action Bloodhound has seen.

Financing record attempts has always been a hard, even for some of the best known record breakers. frequently struggled to meet his requirements despite his track record for breaking land and water speed records — not to mention the association with his father, Sir Malcolm Campbell, a famed record breaker himself.

It’s certainly a dangerous endeavour for those willing to pilot such vehicles as they put their life on the line in order to push known boundaries. Campbell died attempting to break the water speed record in Bluebird K7 on January 4,1967, after weeks of waiting for the right conditions. Some say that the background pressure from sponsors and the press may have resulted in a hasty decision to immediately attempt a return run.

As Bloodhound SSC has failed to attract new investors, the project’s assets will be sold off to help settle any debts. The fate of the car itself is as yet unknown, but borrowed components such as the RAF Eurofighter engine will have to be returned.

To paraphrase a suitable saying, ‘So this is how it ends. Not with a sonic boom, but a whimper.’