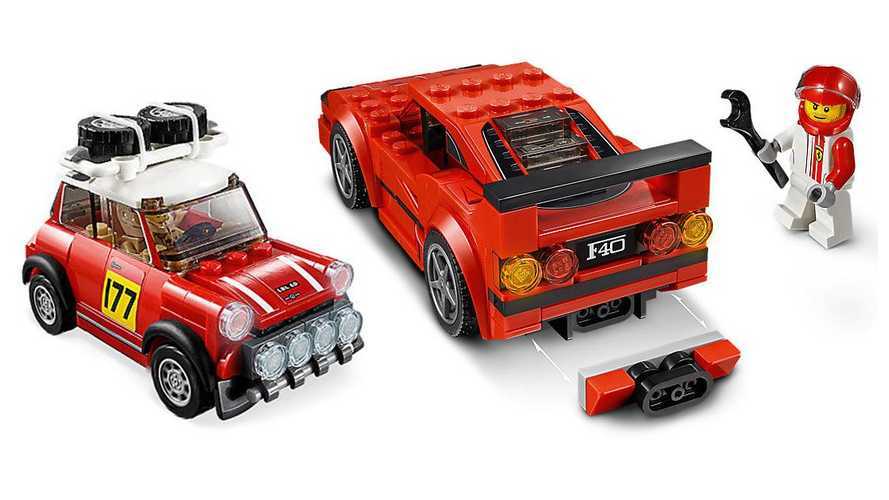 The next instalment of Lego’s Speed Champions franchise has been revealed through the LEGO website. Although the kits aren’t ready for pre-order quite yet, what we can reveal is that Rauno Aaltonen's 1967 Rally Monte Carlo-winning Mini Cooper S Rally, the Ferrari F40 Competizione, Fast and the Furious’ 1970 Dodge Charger R/T and Chevrolet’s Camaro ZL1 Race Car have all received the Dutch block treatment.

As an official first look at what’s coming up, the 2018 Mini John Cooper Works Buggy and Dodge Challenger SRT Demon join the line-up for those of a modern persuasion.

While there has been speculation over pricing of the new kits, LEGO’s website lists the Monte Carlo-winning Mini at $49.99, the Ferrari F40 Competizione at $14.99 and the Dodge Charger R/T at $29.99. Judging by previous releases, these retail prices are on the money, so to speak.

An official release date of January 1, 2019 has been touted on LEGO listings, but we would place money on these new Speed Champions landing with retailers in the run up to Christmas. Each set comes with an accompanying LEGO driver and various spare parts.

Preceding kits in the series that are still available include the Porsche 911 RSR and 911 Turbo 3.0, Mercedes' title-winning F1 W07 pair, the 1968 Ford Mustang Fastback and McLaren 720S.

With LEGO showcasing their final LEGO Technic Porsche, as it rolled off the Porsche production facility in Zuffenhausen, Germany, with the promise that exciting new models are on the horizon – 2019 is set to be an exciting year for young LEGO petrolheads and the young at heart.