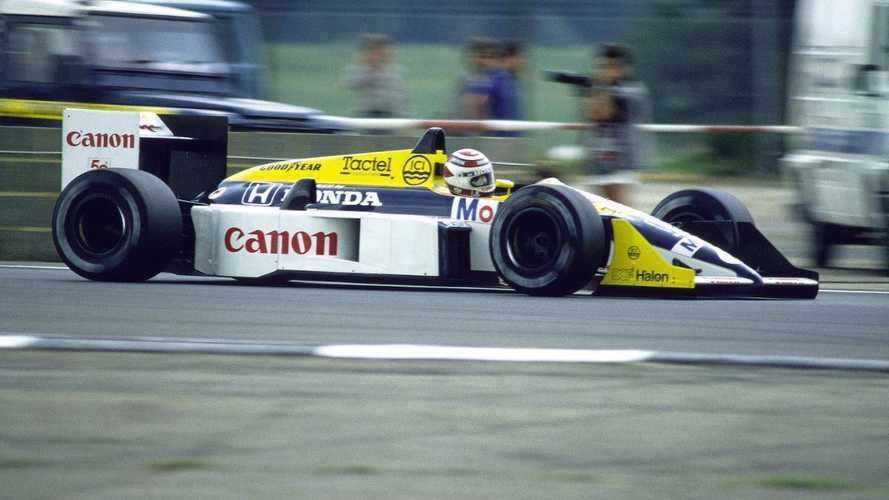 Race Retro 2019 will commemorate 40 years of turbocharged Formula One cars with a special display on February 22-24, 2019.

Race Retro is set to pay tribute to Formula One's much-missed turbocharged era in its Hall of Fame Live exhibition, at Stoneleigh Park, Warwickshire, on February 22-24, 2019.

Marking 40 years of the first victory clinched by a turbocharged racer of the era, the 2019 display will showcase Formula 1’s thrilling epoch with the Williams FW11 – the very car driven to championship victory by Nelson Piquet. Powered by a Honda-built 1.5-litre turbocharged V6 engine, Nelson scored several wins during the FW11’s debut 1986 season. Williams would eventually go on to claim the 1986 constructor’s title.

Williams' FW11 wasn't the first car to enter Formula One with a turbo powerplant, however. That accomplishment goes to the Renault RS01, first raced during the 1977 British Gran Prix. Two year later, the succeeding RS10 would claim the first turbo-powered victory with Jean-Pierre Jabouille behind the wheel. Taking the chequered flag during 1979's French Grand Prix, the turbo-era was truly ignited. His team mate, Rene Arnoux, finished third.

Producing around 1400bhp in qualifying trim, the RS10 was powered by a twin-turbocharged V6 engine and boasted 6-speed manual transmission and a ground-effect chassis. Trumpeting a winning formula, the Renault RS10 would claim pole position five times from nine races during that 1979 season.

Following Renault’s lead, Ferrari was quick to join the bandwagon. Soon all of the major teams – including Brabham, Lotus, Honda, and BMW – followed suit. Yet, it wasn't to last. Ayrton Senna took the last Formula 1 world title for a turbocharged car, driving a McLaren MP4, before the mechanical design was outlawed. It took until 2014 for the technology to make a track-based return.

Visitors to Race Retro 2019 will enjoy the chance to get up close with this fascinating slice of Porsche motorsport history, joining the Williams FW11 for the Hall of Fame Live display alongside a host of other racing and rally icons.

'The turbo era was an amazing time for race fans' explained acting show director Lee Masters. 'We are thrilled to be able to celebrate it at this year’s Race Retro 40 years on from that first win in Formula 1. We can promise visitors a very special display in celebration.'

Tickets are now on sale for Race Retro here.