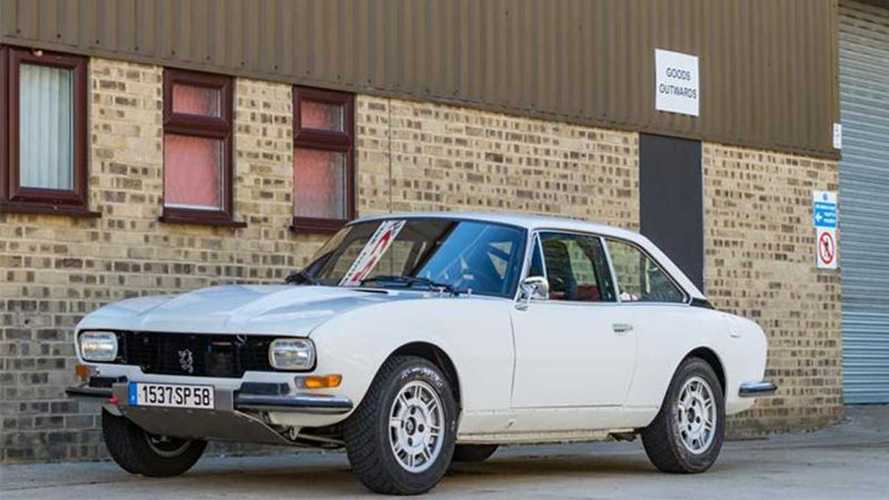 1979 World Rally Champion Björn Waldegård rallied this Peugeot 504 V6 Coupe in Morocco – now you can buy the French beast for your own African adventure!

It’s been a standout year for the Peugeot 504. Celebrating its 50th anniversary, the French marque paid tribute to its iconic Pininfarina-penned coupe with the electric e-Legend concept. A glut of 504s were sold by the Leclere auction house at Peugeot’s museum in Sochaux. Winding the clock further back, it won 1968 European Car of the Year and, thanks to Peugeot’s dominance of the African vehicle market, the 504 became ubiquitous there thanks to plentiful spare parts.

It’s no surprise then we’ve come across a rather special 504 in our classifieds with an African connection. It’s got the trademark coupe styling but with one key visual difference – those rugged wheels. This 504 is a rally special, and one good enough for 1979 World Rally Champion Björn Waldegård.

Frenchman Jean-Pierre Nicolas knows a thing or two about the Peugeot 504. He rallied both the standard sedan and the V6 coupe for the factory Peugeot team throughout the 1970s, picking up wins in the 1978 Safari and Ivory Coast rallies.

Though Nicolas was also a WRC winner in a Porsche 911 and Alpine A110, it was the 504 V6 Coupe he was most taken by, commissioning one for classic rallying after his professional career had ended.

It was no surprise given how emphatic those victories had been, his ’78 Safari run finishing with a 40 minute advantage over his nearest rival. By comparison, the last time Kenya’s Safari Rally was on the WRC calendar in 2002, Colin McRae won by only 2m50.9s from Harri Rovanperä behind. No mean feat.

Nicolas lent his 504 to 1979 WRC champion Waldegård for the 2010 Rallye International du Maroc Historique, facing off against other motorsport greats like 1982 WRC vice-champion Michèle Mouton and former Formula 1 driver Érik Comas. Alas, a rotor arm issue and then outright suspension failure curtailed his progress, meaning he failed to score a top 10 finish.

Since Waldegård’s Moroccan adventure, this 504 has been converted to Group 4 specification for historic rallying. That work was carried out by none other than Nandan Expertech, the company headed by current Hyundai World Rally Team boss Michel Nandan.

Its 2.5-litre V6, mated to Weber carburettors, currently pumps out 200bhp, but it’s not tuned to the hilt as you might expect from a racing machine. Instead, the engine is deliberately under stressed to cope with the travails of African endurance rallying and the unpredictable fuel quality such adventures entail.

All the usual rally bits you’d expect from a classic rally machine prepared to modern standards are there; an ATL fuel cell, electronic fuel pumps, a bespoke wiring loom, VDO instruments, OMP seats, steering wheel and harnesses and Aeroquip fuel and brake lines. In other words, you’re all set to go out and replicate Nicolas and Waldegård’s adventures in the very continent where the 504 truly made its name.

It’s a serious bit of classic rally kit and thus far from cheap at £80,000 ($100,000, €90,000) – but there aren’t many cars better for experiencing the rough African roads on a rally event. Check out Rally Preparation Services’ listing on AutoClassics to find out more about this 504.

Gallery: The 1977 Peugeot 504 good enough for a WRC champion