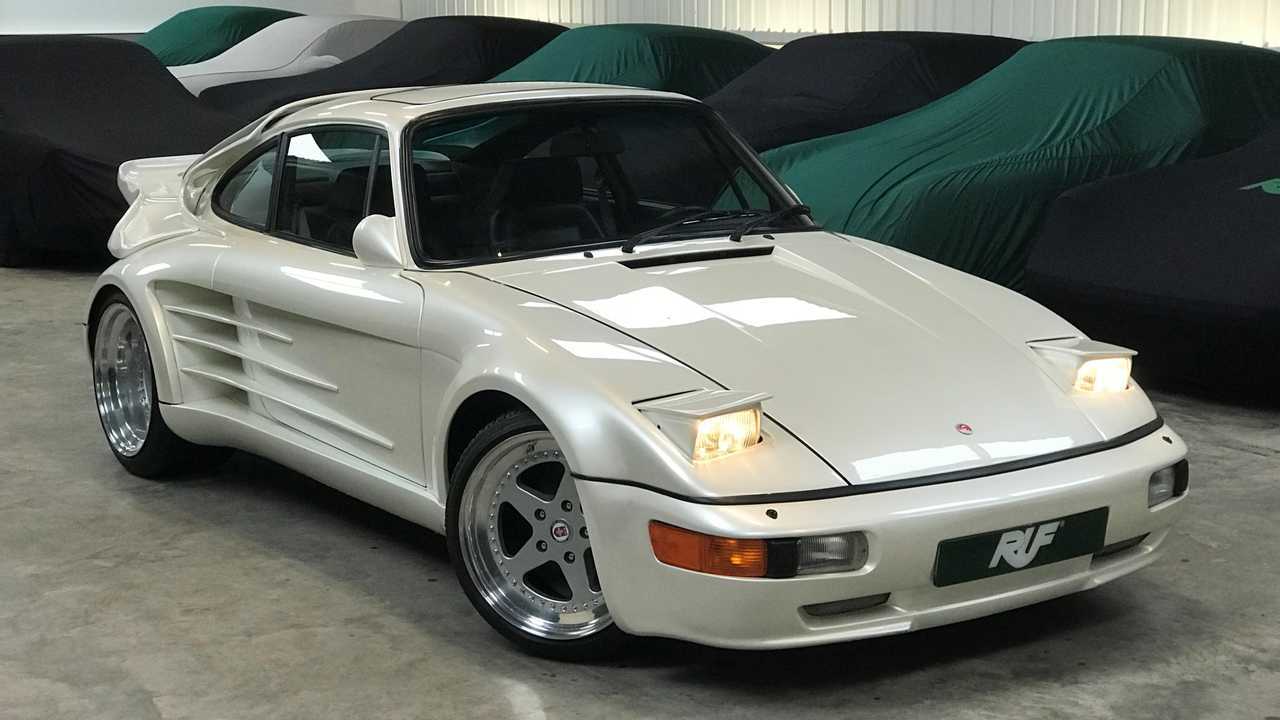 With a tuned 930 Turbo drivetrain from RUF and backing from Porsche, is this 1986 Gemballa Avalanche the ultimate 1980s supercar? Well, if Vanilla Ice is anything to go by...

The Porsche 930 Turbo may well have boasted enough power to undertake a coup d’etat, having sufficient clout for silencing all rival supercar marques, but you can go one stage further.

Regarded by most as the ultimate sports car of the 1980s and commanding top dollar on the contemporary market, while Porsche’s 930 is unquestionably an out-and-out powerhouse, the Gemballa Avalanche adapted Stuttgart’s formula and reformed its DNA into something else altogether.

During the decade of excess, an underground movement for specialist tuners emerged from the shadows. It was during this time that RUF and Gemballa made a name for themselves – refashioning already fast Porsches into asphalt-snorting beasts.

Founded in 1981 by Uwe Gemballa, an engineer who started out creating aftermarket products, the Gemballa firm soon turned their attention to producing complete cars based on the Porsche 930. The end result quickly gained a reputation for outrageous designs with wild performance.

Each car was crafted by Gemballa, boasting custom-made body panels and interiors trimmed with ultimate decadence. Every 1980s gadget you could imagine was shoehorned into the cabin, with mechanical upgrades completed by now legendary tuners RUF.

Effectively tuned by RUF and styled by Gemballa, this was the ultimate Porsche derivative for those with more money than poise. Vanilla Ice had one, immortalizing the car with lyrics such as ‘Of course a Vanilla rides the groove like a Gemballa Porsche’.

Thing is, the Gembella didn’t ride the curve. While other Porsches crashed headlong into a recession-led price trough, the Avalanche remained exclusive enough to stave off such indignities as ownership by the common man.

That said, they were far from common. Only 15 examples are thought to have been made, making them rarer than a real hair on Donald Trump’s head. Which is why we sat bolt upright when this example appeared in our classifieds.

Finished in Pearlescent White with a Black Leather interior, this super-rare, left hand drive Gemballa Avalanche was first registered in the UK during April 2018 and was originally supplied brand new to a dealer in Puerto Rico, USA back in 1986.

Holding an ace card for historians, this 1986 Avalanche was reputedly one of the last built, producing 375bhp with RUF-developed 5-speed manual transmission.

This Avalanche presents itself in original and excellent condition with less than 14,000 miles since new. Representing an exceedingly rare opportunity to own a significant piece of automotive narration from the neon-lit 1980s, this is a true pin-up vehicle unlike any other.

Cost? Well, this will set you back a cool £250,000 ($320,000). But for that you get an RUF dual-exhaust system, RUF engine conversion, HRE Performance alloy wheels, sports seats, an electric sunroof and air conditioning. Not to mention an Alpine tuner/single CD head unit and Cobra alarm system.

Impressive stuff but, for us, the pièce de résistance remains those oh-so-retro pop-up headlamps. Catching sight of its slick outline slicing through the night air with those piercing headlights makes us go all weak at the knees.

Perfecting a blend of stupendous looks with ballistic performance, this RUF-powered Gemballa would make a solid investment and a unique addition for both the most discerning and enlightened of collectors.

Gallery: This 1986 Gemballa Avalanche is a Porsche 911 on steroids